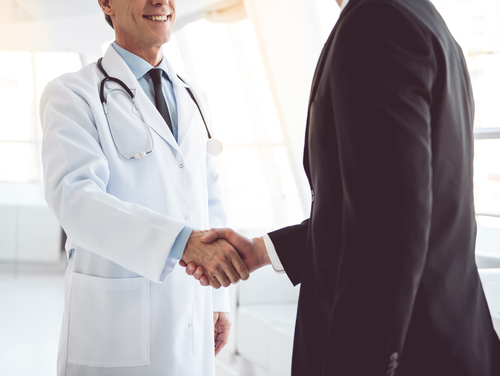 An email shows up in your inbox from your health insurance company, letting you know they are part of a merger or acquisition. What’s the difference, anyway? What does it mean for you, the consumer? Will your rates go up? Will your kids have to switch doctors? Let’s start at the beginning: What are mergers and acquisitions? A health care merger occurs when two or more health care or insurance providers combine. It is common to see this in the health care industry. In a merger, neither entity remains. Instead, they have come together to form something entirely new. This situation is legally more complicated, because neither company is purchasing the other. Undeniably, the complexity affects consumers. Mergers typically occur to help expand operations. Hospitals are continually negotiating with insurance companies, and the larger hospitals have more power in negotiations. When two smaller entities combine under one name, they become a more extensive system that leads to lower costs. In theory, these savings would trickle down to the patients or consumer of these health care services, but often that isn’t the case. Savings are hard to anticipate, as they primarily hinge on the size of the hospitals merging, their restructuring process and motivation behind the merger. All these factors can lead to shifts in insurance coverage for patients. The goal of acquisitions, on the other hand, is to increase market share. Unlike a merger, an acquisition occurs when one company purchases and absorbs the other entity. The Direction of Health Care In one survey of physicians, only about 31% identified as independent practice owners or partners. On the other hand, just under half of the physician respondents said they were employees of a hospital or medical group. There is an apparent change in the competitive environment of health care. We see a distinct shift away from private practices and toward massive hospital systems that include doctor’s offices. A survey found 71% of health care leaders expect merger and acquisition activity in their organization to increase over the next three years. Recent Merger in Health Care In June 2019, the U.S. Justice Department approved a $69 billion merger between Aetna and CVS, despite concerns that the further consolidation of the health insurance market would drive up out-of-pocket costs for consumers. Essentially, the merger eliminates some competition in the marketplace because Aetna and CVS are now one entity. This merger could give CVS additional leverage over other drug manufacturers that would favor CVS over other pharmacy benefit managers (PBMs). PBMs are middlemen between drug companies and pharmacies, and this merger would prevent Aetna from using PBMs other than CVS. The CVS witness, however, argued the merger would lead to lower markups on drug prices and more access to medical care in rural areas which have CVS “minute clinics.” When Mergers are Advantageous If the game of Monopoly taught us anything, it would be to avoid letting the big players get bigger. This perception makes it difficult for us to see any benefits to hospital mergers. The view of small, nonprofit hospitals seems ideal. However, going against larger hospital systems can lead to gaps in care and inefficiencies in service. A study of 1,000 hospital executives found one-fifth of them reduced services that lost money, including behavioral health, post-acute care and patient education. That isn’t to say there is a lack of demand for these services. Less profitable services are often those with the highest need, but these small, nonprofit hospitals are unable to compensate for the lost revenues. To protect profit margins, these smaller hospitals are making strategic decisions to invest in revenue drivers, including neurosurgery and interventional cardiology. Mergers with larger hospitals are allowing struggling facilities to stay afloat without compromising on service. While the largest hospitals can help with capital needs for upgrades, smaller ones can continue to dedicate individualized support to their patients. For instance, St. Luke’s Hospital and Health Network publicized its acquisition of Warren Hospital in Phillipsburg, N.J., with plans to revitalize maternity services and pour $6 million into the ICU. Distinctive Differences Between Successful and Unsuccessful Mergers It should come as no surprise that not all mergers succeed. Here are some distinctions separating successful and unsuccessful mergers.

Conclusion Mergers and acquisitions are a hot-button issue regardless of industry, but in the polarizing health care market, these transactions attract a variety of viewpoints on the impact they will have on consumers.