I was invited to attend the second annual Healthcare Data Initiative Forum at the NIH Institute of Medicine (IOM) and after spending most of the day today listening to the keynotes and panelists as well as acting as a judge for some of the app contests, I’m leaving impressed and full of hope for our little tech corner of the world.

I was invited to attend the second annual Healthcare Data Initiative Forum at the NIH Institute of Medicine (IOM) and after spending most of the day today listening to the keynotes and panelists as well as acting as a judge for some of the app contests, I’m leaving impressed and full of hope for our little tech corner of the world.

This “open data forum” or “data palooza” as it’s affectionately called was well attended — the gathering was kicked off  by no less than Kathleen Sebelius (HHS Secretary), Francis Collins (NIH Director), and Todd Park (HHS CTO, who was energetic and terrific, as usual). The attention paid to the forum by HHS was significant; in fact, the only way to give it more importance would have been to have President Obama do the introductions. Also in attendance were Peter Levin, Aneesh Chopra, and many other civil servants who have been evangelizing the open data mantra.

I was at the inaugural Forum about this same time last year and was skeptical when many of the “we will open government healthcare data to public” promises were originally made. Back then the goals seemed too lofty for them to be achieved but one year and hundreds of published datasets later, including an impressive Healthcare Indicators Warehouse created by CMS, I’m now a believer. Don’t get me wrong — we have a long way to go, but I see light at the end of the tunnel now in a way that I’ve never seen before. The biggest splash was made by, as usual, the “Blue Button” crowd — Peter Levin of VA was a rockstar, which he deserves. His push for the Blue Button has been instrumental in the open data movement and proves that simple stuff done quickly beats complex stuff done sometime in the future.

I’ve been a huge fan of open data, especially linked open data, attached to RESTful APIs that can easily connect multiple applications together. While there was lots of talk about datasets being available now, most of those datasets are just data dumps that have to be downloaded. While not ideal, most of the open data today is available in linked files as opposed to RESTful APIs but that should change by this time next year (that’s what I mean by having a long way to go).

One problem I saw was that many people were talking about APIs but almost no one (except my friend George Thomas at GSA) is promoting linked open data (LOD) along with the related technologies like RDF, RDFa, SPARQL, etc. Once we realize that linked data is the real future (not just simple APIs and certainly not just downloadable files) we’ll start to see even more rapid adoption.

Another problem I saw was that there was good attendance by government and commercial health IT folks but almost no medical device firms were present. When talking about opening data and making data more transparent and accessible, we need to make sure that medical device vendors are treated as first class citizens. Much of the data we need for clinical analysis and real health improvements is trapped in medical devices or their server gateways — anonymized medical device data sets would be a game changer. We have to stop manually entering data into EHRs and start pulling them in directly from patients, lab systems, and medical devices. I talked with some government officials about the lack of med device vendors and they said they would consider including them in the future.

If you haven’t seen them already, be sure to visit these sites:

Also, I saw some companies that have immediate applicability to data integration: 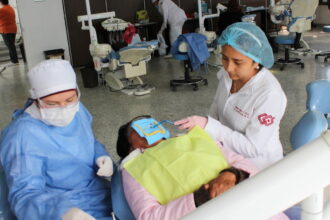