What they found by accident was that astressin-B could also translate for use in human hair growth. It is known that the stress-hormone CRF, its receptors and other peptides that modulate these receptors are also found in human skin. They were not looking for this but rather it happened along the way as they were studying stress related gastrointestinal functionality. Basically in a nutshell by treating stress hormone receptors, hair grows back and the article states it was all back in 3 months on the mice that had lost their hair due to stress. Now if this goes further, this is a hot ticket for sure as you may in the process get a little stress relief and get hair at the same time. The NIH was responsible for the funding of the research. So far all we have are hairy mice but I think there’s some real interest and possibilities here as the patent was filed. BD

Now, a team led by researchers from UCLA and the Veterans Administration that was investigating how stress affects gastrointestinal function may have found a chemical compound that induces hair growth by blocking a stress-related hormone associated with hair loss — entirely by accident. The serendipitous discovery is described in an article published in the online journal PLoS One. “Our findings show that a short-duration treatment with this compound causes an astounding long-term hair regrowth in chronically stressed mutant mice,” said Million Mulugeta, an adjunct professor of medicine in the division of digestive diseases at the David Geffen School of Medicine at UCLA and a corresponding author of the research. “This could open new venues to treat hair loss in humans through the modulation of the stress hormone receptors, particularly hair loss related to chronic stress and aging.” UCLA and VA researchers injected the astressin-B into the bald mice to observe how its CRF-blocking ability affected gastrointestinal tract function. The initial single injection had no effect, so the investigators continued the injections over five days to give the peptide a better chance of blocking the CRF receptors. They measured the inhibitory effects of this regimen on the stress-induced response in the colons of the mice and placed the animals back in their cages with their hairy counterparts. About three months later, the investigators returned to these mice to conduct further gastrointestinal studies and found they couldn’t distinguish them from their unaltered brethren. They had regrown hair on their previously bald backs. “When we analyzed the identification number of the mice that had grown hair we found that, indeed, the astressin-B peptide was responsible for the remarkable hair growth in the bald mice,” Mulugeta said. “Subsequent studies confirmed this unequivocally.” 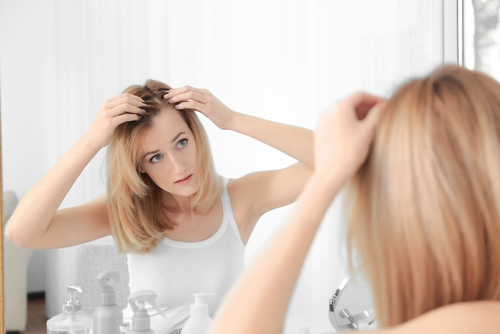 Finding A Cure For Alopecia: How Close

Hair loss, or alopecia as it is actually known, can strike at just

How Technology Is Affecting Healthcare

The days of calling your doctor for every common ailment are over! You want