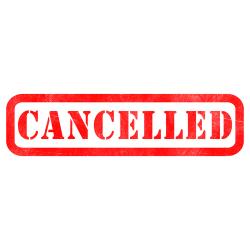 The President, by his own admission, did “fumble the ball” on the rollout of the major elements of health reform implementation.

The President, by his own admission, did “fumble the ball” on the rollout of the major elements of health reform implementation. Not only is healthcare.gov not functioning as it should, but people in the individual market are having their health insurance coverage cancelled–despite repeated assurances that if they liked their current coverage, they could keep it.

While that is absolutely a problem, it needs to be put into perspective. For each person in this country who is in the individual market and therefore at risk of having their insurance plan cancelled on them, there are three people who are–and have been–uninsured. It strikes me as somewhat ironic that while we are rightly upset about the broken promises of the Obama administration, we are not three times as outraged by the reality that has confronted the uninsured for decades.

Moving beyond that, it is important to understand that this outcome has been foreseeable ever since the ACA was passed. The law specifically grandfathered plans that were in existence at the time the law was enacted and that did not make significant changes to benefits. Well, that was in March 2010, and there have been quite a few changes between then and now, including the offering of entirely new plans, many of which do not meet the requirements of the ACA. The insurance companies knew that at the time they offered those plans, but they certainly didn’t point it out. Although they are making it clear now.

PBS Newshour ran a wonderful piece on a women who twice voted for Obama, but had her coverage cancelled. She’s a smart lady–an attorney in the DC area–and she is none too pleased. You can watch the video here. One of the things that struck me is her displeasure that the only difference between her plan and the new requirements is that her old plan didn’t cover maternity care or pediatric care. She is nearly 60 years old, she says, so why should she need insurance that covers either of these things? Well, there’s an easy answer, but it isn’t likely to change her opinion. The answer is that we are moving away from a world based on experience rating of insurance premiums and towards a world based on community rating of premiums. That means that we put everybody into the same risk pool, and a lot of those people probably do have kids or may need maternity care. Consequently, everyone shares in the expense. By similar logic, men should never have to pay for maternity care as part of their insurance premiums, even though they are required–in some capacity–to create a pregnancy.

But even though there are very understandable–if not wholly anticipated–issues with the law, the White House is right to fix them. Specifically, the President has now said that insurance companies that were cancelling plans that didn’t comply with the ACA’s minimum benefit standards may now be permitted to renew those plans–in some cases lasting into 2015. The caveat: Insurers have to explain to enrollees what specific benefits they will lose if they revert back to a formerly cancelled plan. Buying one of these plans is only an option if you had your plan cancelled on you. That’s to be sure that people don’t flock to substandard plans in lieu of moving into an ACA-compliant plan. And there’s one more catch: whether or not a cancelled plan gets reinstated will ultimately be at the discretion of both the insurer and the respective state department of insurance. In other words, the Obama administration is allowing an exception to permit renewal of cancelled plans, not requiring it, which would take Congressional action.

Right now, states like California, Georgia, and Iowa aren’t sure how to proceed, and many of the insurance companies aren’t happy about this new wrinkle at all. Meanwhile, Congress is mulling its own course of action, with even Congressional Democrats uncertain of whether or not the President’s proposal is sufficient.

What does this mean for you? Well, for about 95% of Americans, it doesn’t mean anything. You weren’t having your insurance coverage cancelled, and you can’t buy one of the non-compliant plans even if insurers and state regulatory agencies decide to permit them back on the market. But, for the 5% of Americans who do find themselves affected or potentially affected by this aspect of the ACA, it is important to pay attention. If a non-compliant plan once again becomes available to you in your state, carefully consider if the benefits you’ll lose are worth the savings you’ll gain.