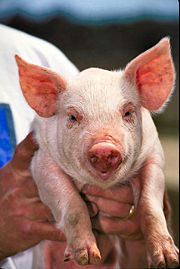 I’ve already written about the overuse of antibiotics<

I’ve already written about the overuse of antibiotics in this country. This overutilization costs money and causes medical complications. It also is believed to be the cause of a new generation of superbugs, that can attack us with impunity as we may have no effective antibiotic to defend ourselves with.

As an aside, I remember when I first learned the meaning of the word impunity. Here’s the opening paragraph from the short story written by a nineteenth century master.

THE thousand injuries of Fortunato I had borne as I best could, but when he ventured upon insult, I vowed revenge. You, who so well know the nature of my soul, will not suppose, however, that I gave utterance to a threat. AT LENGTH I would be avenged; this was a point definitively settled — but the very definitiveness with which it was resolved precluded the idea of risk. I must not only punish, but punish with impunity.

Without resorting to Google, can any readers name the work and the author?

Digression over. Antibiotic (ATB) overutilization is not just an issue that affects man; it affects beasts also. Farmers have been prescribing antibiotics to fowl and cattle for years to make their animals heartier. This issue falls under the jurisdiction of the Food and Drug Administration (FDA), who have imposed restrictions on ATB use in livestock over the years. There is tension between those who feel that ATB should be banned and those who favor a more permissive policy.

Surprisingly, more antibiotics are prescribed to animals than to humans in this country.

Farmers and veterinarians feel they should be free to prescribe ATBs to keep their animals in good health. Antagonists claim that ATBs should not be allowed simply to prevent infections that result from unsanitary conditions. Moreover, there is a widespread view that overutilization of ATBs in cattle creates superbugs that can threaten humans. Farmers counter that these fears are hyped.

These are real issues that need real science to separate facts from politically correct arguments.

(1) It’s true that ATB use in cattle and livestock have increased.

(2) It’s true that superbugs are on the rise.

The FDA has tightened the rule requiring now that farmers will need veterinarians’ prescriptions for antibiotics, a requirement that is expected to substantially decrease their use.

I’m inclined to agree that both animals and humans receive more ATBs than they need. But, I wouldn’t want to create new mandates based on a hunch or even a logical belief. Before we adopt policies that affect industries, livelihoods and jobs, let’s ask ‘where’s the beef?’