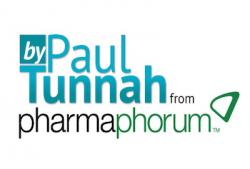 What Healthcare Can Learn from the G20 Summit The news over the last week has been dominated by the G20 summit taking place in Australia, as the world’s leaders gather to discuss some of the most pressing global issues.

The news over the last week has been dominated by the G20 summit taking place in Australia, as the world’s leaders gather to discuss some of the most pressing global issues. No doubt you will have all  seen the headlines – Putin has been put firmly on the naughty step over Russia’s actions in Ukraine, Cameron has been fretting about the ‘red warning lights’ appearing on the economic dashboard and, from a more health-centred perspective, Ebola remains high on the agenda as concerns remain about the spread of the deadly virus.

But there are far broader parallels between the G20 summit and the challenges faced by healthcare.

Human nature drives us towards grouping together with those who have common interests to ourselves. It’s very visible in politics, where meetings like this are dominated in the home press by  whether the country leaders are doing the best for their own nation and , even within countries, by the splintering of opinions depending on allegiance to political parties – just look at the way the recent US mid-term elections have divided views between Republicans and Democrats.

This same principle also applies to healthcare. There are many pressing issues in healthcare globally, with some of the major ones being around ensuring people have access to new medicines as health budgets come under pressure, driving more comparable standards of healthcare between developed and developing countries and how to cope with the almost overwhelming trend towards an older, and sadly unhealthier, demographic, driven by rising obesity and all the unwelcome side-effects it brings with it.

Although these challenges are widely recognised, discussion of potential solutions all too often takes part in isolated silos. For example, the view of the patient is well-represented in the many patient forums / communities that are now available, likewise doctors have their own preferred online networks and the pharmaceutical industry constantly addresses these issues at events dominated by its own. As for the policy makers, prescribers and payers – they form working groups and steering committees that do achieve progress, but engage on a far too infrequent basis with the aforementioned parties.

It’s a trend in the world of digital and social media that is often referred to as ‘tribes’, but it’s been around since the dawn of time. While we all have a desire to drive positive change, we also want to huddle together with like-minded folks who will tend to agree with our perspective. It leads to the formation of very strong and sizeable communities and many social media experts will advocate the tribes principle as the best way to grow a following or community, but it does throw up some problems.

It starts to lead people towards what is known as ‘group think’ – the formation of very strong opinions, constantly reinforced by the similar viewpoints held within the tribe, which actually limits the ability for anyone to challenge these views. Just watch the conversation in any online forum when someone throws in a perspective that challenges the status quo and you will often see the equivalent of an online witch-hunt taking place as they are run out of that virtual town.

My point is this – to solve some of these big problems in healthcare, we need to bring these various tribes together, accept they are coming from different perspectives and with different desires, and find the common ground. For sure, this will involve some difficult discussion along the way, but I firmly believe that the problems we now face in healthcare cannot be solved by any one group individually, or even small clusters of them. Everyone needs to be at the table and ready for some tough discussion to make progress.

It’s the reason that I founded pharmaphorum with the motto ‘bringing healthcare together’ – I have no delusions about that ‘together’ bit always being harmonious, but it’s vitally important. We can’t all keep sitting in our individual healthcare tribes taking the occasional swipe at other groups and hoping to achieve anything substantive. We now have many fantastic physician and virtual healthcare communities, spanning every possible stakeholder, but it’s time to get them talking to each other more, even it if is just in closed conversation.

In the same way, while the world’s press will put their own spin on G20, I like to think that behind locked doors, once the media is no longer watching, some fairly frank and productive discussions took place – about Ukraine, about the global economy and about healthcare.

And if the world’s leaders can step away from their national tribes for a few days to tackle the big issues, maybe it’s something we should try on a more regular basis in healthcare?