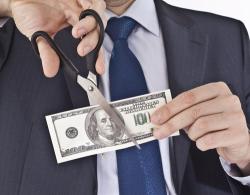 What Healthcare Facilities are Doing to Cut Costs and Remain Competitive

Because hazardous waste is more costly to dispose of, properly separating hazardous waste (i.e. red-bagged material) from non-hazardous materials can help curtail costs. According to John Hopkins researchers, it’s estimated that as much as 90 percent of red-bagged waste is not hazardous. Hospitals should make goals to cut red-bagged waste. This can be done by educating hospital employees about what should and shouldn’t be red-bagged.

Because of the volume that hospitals go through of things like napkins, trash bags, and hand sanitizer, it’s amazing how much can be saved by switching to a less expensive product. At the Sacred Heart Hospital in Wisconsin, they made a few switches that saved almost $100,000 dollars in a year. What were the changes? Switching from bottled soda to fountain drinks, switching to a less expensive trash can liner, and changing medical journal subscriptions to be electronic instead of printed. If you’re lacking in ideas for money-saving ideas, consider starting a rewards program with hospital staff. Ask employees to give ideas for how the hospital can save money and, if the idea pans out, give a percentage of the savings to the employee who submitted the idea.

Shop Around for Energy Rates

With some states becoming deregularized, hospitals can now shop around for an energy provider. In the 1990s, the energy market began to become deregularized so that some areas now had more than one supplier, helping prevent monopolies and giving consumers a more competitive rate. Hospital use a lot of energy and with how deregulation works today, switching energy providers has the potential of saving tens of thousands of dollars each year.

Every day, patients staying in the hospital are provided with three square meals. How much of that is eaten and how much of it ends up in the garbage? Hospitals looking to save money have found that weighing food is a great way to prevent waste. This starts by using a system that tracks what’s thrown away and why. The hospital can then use that information to adjust how much is served or what foods are served. This leads to less waste and less money spent.

Look for Administrative Changes to Save

Take time to look at how the hospital runs and assess whether there are changes that can be made to save money. For example, negotiate with the bank for better deals on banking costs. IT departments are often far cheaper when they’re outsourced rather than having the IT department in-house. Take a look at the vendors that supply the hospital. Often you’ll find that multiple vendors take care of similar products. By consolidating these products to come from one vendor, you can negotiate bulk rates and get these items for cheaper and with less overhead.

One common way for hospitals to lose money is with claims that are denied by insurance companies. Rather than continuing to be frustrated by lost income, take some time and assess why the claims are being lost. For example, one hospital, which was losing $380,000 per month in lost claims, identified that many claims were denied because they weren’t filed within 45 days, which was required for a claim to be accepted. Just by changing policies regarding how paperwork is handled, the hospital was able to decrease the number of denied claims significantly.

Keeping Up The Standard of Care

Making sure that everyone gets the appropriate care is important both professionally and financially. Not treating someone correctly or at all could have them hiring a medical malpractice attorney like the one seen at Ericratinoff.com because of receiving poor care. These lawsuits can cost hospitals and doctors immense amounts of money and headaches so avoiding them at all costs is important. Just like with anything, inflation causes health care costs to rise, but other outside factors (such as Obamacare) are causing artificially inflated costs as well. As consumers become more involved in reducing their health care costs, they’ll start shopping around for their medical needs rather than just accepting the costs. By using the above steps, your hospital can pass on savings to patients. Make sure to not cut costs that sacrifice the quality of care or you could find yourself in an expensive medical malpractice lawsuit. (cutting costs / shutterstock)