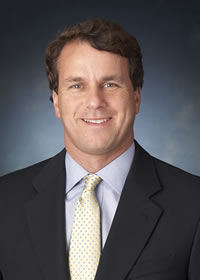 Why EHRs Really Have Not Made Us Healthier: A Response to Glen Tullman

Recently-fired Allscripts CEO Glen Tullman waxed progressive in a self-promotional Forbes article last week, describing the ways past and forward for electronic health records (EHRs) and health information technology (HIT). It may have been a way of trying to recover from a damning New York Times article that clearly illustrated the relationships between campaign contributions, influence over health information technology policy, and business success.

Tullman recalls building EHRs that moved many physicians away from paper and the errors it fosters. He calls out David C. Kibbe, MD as an example of the forces wanting to preserve paper and opposing EHRs, with quotes from a 2008 blog post suggesting that the current crop are “notoriously expensive,” “difficult to implement” and unable to demonstrate care quality improvements. He predicts that, in the future, the industry will leverage open platforms and interoperability, yielding new monitoring and management utilities that can facilitate better care at lower cost.

Tullman’s forecasts are hardly news, and there are two problems with his portrayals. The first is the dissonance between what he says now and actually did. Tullman became a multi-millionaire crafting products and policy that delivered intentionally costly, unfriendly and incompatible systems. Under his leadership, Allscripts products never embraced a national standard for health information exchange, even though those standards were available, or developed the capacity to seamlessly trade information with other systems.

As a Trustee of the Certification Commission for Health Information Technology (CCHIT), a quasi-governmental credentialing agency and offshoot of the Health Information Management Systems Society (HIMSS), he oversaw policies that favored large, established HIMSS members and set up roadblocks to innovation by technology startups. I testified on this topic to a Health and Human Services (HHS) panel in July, 2009. HHS subsequently rescinded CCHIT’s monopoly on EHR certification, and CCHIT’s Executive Director, Mark Leavitt, resigned shortly afterward.

Tullman’s strong support of and relationship with President Obama facilitated his role as one of the architects of the Meaningful Use (MU) subsidies. Those actions brought billions of dollars to EHR vendors between 2010 and now, but these EHR systems still can’t talk with one another. As I’ve described elsewhere, even while the health IT industry extolled the benefits that would come from easy sharing of health data, they nearly unilaterally resisted interoperability. (If you can’t easily move your data to another vendor’s platform, you’re less likely to make them your vendor.) The result is that our inability to seamlessly exchange health information continues to undermine our ability to coordinate care, costing America thousands of lives and hundreds of billions of dollars a year.

Tullman also paints Kibbe and the American Academy of Family Physicians (AAFP) as obstacles to HIT progress, when in fact it was Tullman and his EHR vendor colleagues who engineered the barriers to interoperability. The quotes by Dr. Kibbe are taken out of context and misrepresent him as an opponent of EHRs. In fact – and Mr. Tullman knows this – Dr. Kibbe has been in the vanguard of EHR use. He was the lead architect of the Continuity of Care Record (CCR) standard, the forerunner of the Consolidated Clinical Document Architecture (CCDA) which has become the standard of choice for MU data structure during health information exchange. When he was Executive Director of the American Academy of Family Physicians’ Center for Health Information Technology (AAFP CHIT), his campaigns resulted in a five-fold increase in the percentage of family physicians with EHRs, from 10 percent to 50 percent between 2003 and 2007. Today, he spearheads DirectTrust, an approach to securely and privately transfer health information by email, independent of platform. If anyone has moved health information generally and EHR technology specifically forward in this country to the common benefit, it is Dr. Kibbe. By contrast, Mr. Tullman has represented the special interest, blocking advances to make as much money as possible.

Physicians, purchasers and patients should take umbrage at Tullman’s article. Along with EPIC, Cerner, NextGen and other old guard EHR vendors, Tullman and Allscripts are directly responsible for most current EHRs’ outrageous costliness, lack of usability and interoperability, and their limited clinical decision support. Through their scale and influence over policy, they have effectively manipulated the EHR market, gouging purchasers and delivering marginally capable products. Health care costs more, and outcomes have suffered as a result.

Most Forbes readers won’t have enough health industry background to place Tullman’s comments into context. They are opportunism masquerading as good policy. Past performance is indicative of what we can expect in the future. Caveat emptor. 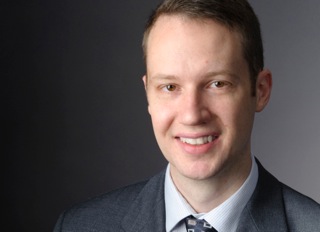 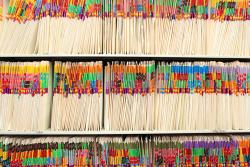 How EHRs Can Help You to Save