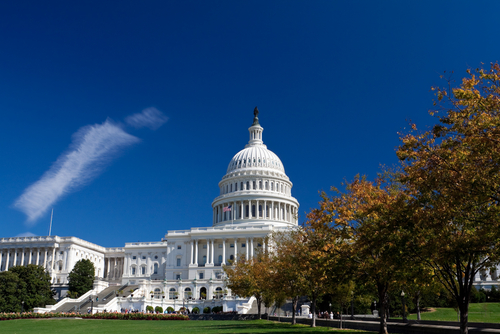 Why Is Washington So Polarized? Despite President Obama’s recent overtures to Republican members of Congress, people who have been around for a while all seem to agree: Never in living memory has the atmosphere on Capitol Hill and in Washington, D.C., generally been so toxic.

Despite President Obama’s recent overtures to Republican members of Congress, people who have been around for a while all seem to agree: Never in living memory has the atmosphere on Capitol Hill and in Washington, D.C., generally been so toxic.

I don’t find this to be true out in the hinterland. The country as a whole is divided politically. But it’s not obviously more divided than it was 50 years ago. The toxicity of politics is a D.C. phenomenon. What’s more, the polarization is worse among the elites. It seems that the more education they have, the more polarized people become.

Why is that? I have a theory. Any period in which there is radical political change is likely to be a period when raw emotions are strained. The reason: political change means we are moving from an old system to a new one. When that happens, people who were wedded to the old system will perceive that they are losing something — a way of life, a shared way of looking at the world, institutions that they relied on.

We are living in such a period. Over the past 30 years the entire world has seen a complete reversal in the political trend of the twentieth century. There was a time, not long ago, when many of us believed that the march toward communism and socialism was inevitable. Country after country moved left. In the first eight decades of the twentieth century, I can’t think of a single place where individual liberty increased — unless you count the aftermath of war in Germany, Italy and Japan.

Collectivism, it seemed, was unstoppable.

In country after country, the power of government was rolled back — through deregulation and privatization. It’s hard to exaggerate how fundamental this change has been. When Ronald Reagan was president, not even the most conservative politician would dare talk about privatizing Social Security. This was true in other countries as well. Yet today, more than 30 countries around the world have fully or partially privatized their social security systems. We haven’t done it yet. But we’ve discovered that a presidential candidate can talk about it and still win two elections.

Sweden, once thought of as the model for the modern welfare state, now has a full-fledged school voucher system, has privatized large segments of its health care system and is on the way toward privatization of almost all of its welfare state. Britain, which once boasted that its system of socialized medicine was “the envy of the world” has been privatizing health services for the past decade. Since 2008, National Health Service (NHS) patients have been able to choose any provider (NHS, private for-profit, private non-profit, etc.) they wish for elective care.

The dismantling of the state has not been smooth or even continuous. Some countries have seen reversals. Venezuela, Argentina, Ecuador and France come to mind. In our country we have gone from Bill Clinton’s declaration that the era of big government is over to a massive new entitlement created by ObamaCare.

These reversals give people on the left hope that the trend is not inevitable. Rather than being resigned to defeat, they see hope that collectivism might rise again.

A persistent myth is the idea that polarization and toxicity in politics has originated on the right. Nothing could be further from the truth. The Tea Party folks are…well…just plain folks with a point of view. If you want to find real bitterness, go interview the participants of Occupy Wall Street.

Paul Krugman is a New York Times columnist who routinely questions the motives, the ethics and even the sanity of people who disagree with him. You can’t find editorials on the right that come close to his routine level of vitriol.

For the most part, the left in this country feels deeply threatened by events occurring all over the world. Every cherished belief of theirs is proving to be wrong. The institutions they revere are being dismantled.