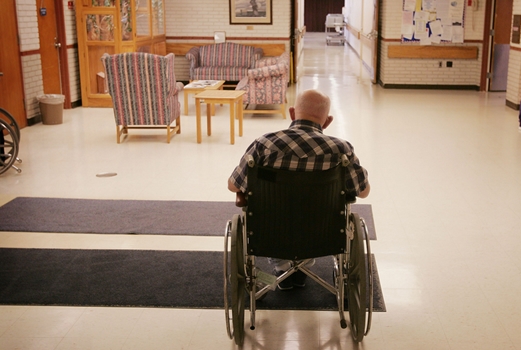 Will ObamaCare Finally Cause American Seniors to Turn Against Government Health Care?

Most Americans are now aware of the disastrous rollout of ObamaCare health-insurance exchanges for privately insured people. However, this has sidelined discussion of the pain that ObamaCare is inflicting on Medicare beneficiaries. Most Americans are now aware of the disastrous rollout of ObamaCare health-insurance exchanges for privately insured people. However, this has sidelined discussion of the pain that ObamaCare is inflicting on Medicare beneficiaries.

On November 16, The Wall Street Journal reported that UnitedHealth Group has dropped thousands of doctors in at least ten states from its Medicare Advantage networks. This is a consequence of the federal government’s cutting payments to Medicare Advantage plans ― by $156 billion over ten years ― to fund ObamaCare. Earlier this month, Evan Gahr of the Daily Caller wrote an article describing how plans nationwide are shrinking, and citing a report by consultants at Avalere which projected reduction in Medicare Advantage plans, especially in rural areas.

Traditional Medicare comes in three parts: Part A is the hospital benefit. It is funded by payroll deduction during beneficiaries’ working years. Unfortunately, because the number of working people is shrinking relative to the number of retirees, future payroll deductions will not fully fund hospitalization costs. Part B, which pays for outpatient physician costs is funded 25 percent by premiums deducted from seniors’ Social Security deposits, and three quarters by federal taxpayers. Part D, which pays for prescription drugs, is funded one eighth by premiums and seven eighths by taxpayers.

Unsurprisingly, Medicare is a fantastically popular program amongst the elderly ― just don’t remind them that they are devouring their children’s and grandchildren’s prosperity. This table, prepared by Pamela Villarreal and Devon Herrick of the National Center for Policy Analysis shows that Medicare’s future costs will be $43 trillion dollars more than the amount expected to be collected by the government to pay Medicare benefits.

Medicare’s fiscal crisis is not a problem that Medicare Advantage solves. However, Medicare Advantage does address another problem. Traditional Medicare Parts A and B pays hospitals and doctors according to government-dictated fee schedules. The government’s experts decide what a service is worth.

William Hsiao, the economist who designed the Medicare Prospective Payment System, determined Medicare’s fees as follows: “He put together a large team that interviewed and surveyed thousands of physicians from almost two dozen specialties. They analyzed what was involved in everything from 45 minutes of psychotherapy for a patient with panic attacks to a hysterectomy for a woman with cervical cancer. They determined that the hysterectomy takes about twice as much time as the session of psychotherapy, 3.8 times as much mental effort, 4.47 times as much technical skill and physical effort, and 4.24 times as much risk. The total calculation: 4.99 times as much work. Eventually, Hsiao and his team arrived at a relative value for every single thing doctors do.” (Rick Mayes and Robert A. Berenson, Medicare Prospective Payment and the Shaping of U.S. Health Care, Baltimore: Johns Hopkins University Press, 2006, p. 86.)

Now, that’s what I call central planning! Because Medicare has not dominated the U.S. health system, and because one quarter of Medicare beneficiaries have been able to escape the price fixing, American seniors have not experienced denial of access to care. Surveys show adequate access ― for now.

However, ObamaCare has accelerated Medicare’s crisis. It is increasingly clear that Obamacare needs to be repealed and replace with alternative reforms. The opportunity to reform Medicare alongside it might be an added benefit.