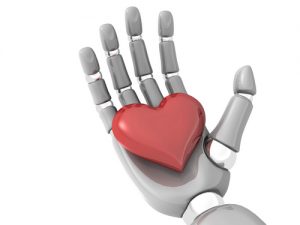 Will Technology Eliminate Doctors in the Future?

If you’re a doctor—or plan a medical or healthcare marketing career—you can take a seat. There is (or will be) an app for that. If the futurologists are right, technology will eliminate doctors (and the need for physician marketing) in just a couple of decades. Agree or disagree? Let us know what you think about this future view. Here’s some of the evidence that’s reshaping our tech-driven world. Technology, computers, software and robots are replacing people and processes in ways that would have sounded like fanciful science fiction a few years ago. Consider that:

Above and beyond the personal wearable devices that count calories or record physical activity, IBM’s Watson is adept at medical decision-making and diagnosis. Artificial Intelligence (AI) systems are “learning” to interpret Xrays, MRIs, and other images as a radiologist does today. And the payoff for the Qualcomm Tricorder X prize is approaching. Named after the fictional Star Trek medical device, scientific teams are in competition to build an automatic, non-invasive device that can diagnose over a dozen medical conditions. (Grand Prize is $10 Million.) If—or maybe when—someone pulls it off, diagnostic capabilities will be less doctor-reliant, and widely available. Robots replacing doctors? Some highly intelligent people who study what the world will look like in the not-so-distant future predict that machines (AKA highly skilled robots) will replace doctors, lawyers and accountants within 20 years. Lynda Gratton, professor of management practice at London Business School, and futurologist David A. Smith compiled a forward-looking report about future jobs. Some work, they conclude, will be done more efficiently by AI machines. “Futurologist David A. Smith said in many sectors machines will produce better solutions to problems than the average human,” the Mirror reported. “As a result of advances in machine learning, the task of interrogating large amounts of data is likely to become fully-automated, making jobs with any systematic component vulnerable. In fields such as law, accountancy, and medicine, machines are likely to produce generally better answers than humans.” What do you think? IBM’s Watson is a supercomputer that thrives on working with, and learning from, massive amounts of data. OK. Advantage, AI robot. That said, we have to wonder how Watson would be graded by the typical human being who expects a face-to-face, human provider in a doctor’s office? The final score is due in about 20 years. There is no doubt that modern medical science and healthcare delivery systems will be different and better in the future.