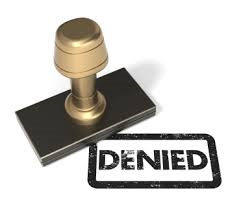 15 Reasons Your Claims May Have Been Denied A claim could have been denied for many reasons. The question is, could any of them been prevented? Many claim denials are completely avoidable – and in fact, there are practical ways you can combat claim denials.

A claim could have been denied for many reasons. The question is, could any of them been prevented? Many claim denials are completely avoidable – and in fact, there are practical ways you can combat claim denials. Review the following common claim denial reasons and begin reducing claim denials and boosting profits!

1. You didn’t receive reimbursement the first time a claim was submitted, so you’ve submitted again – resulting in duplicate claims.

3. The patient has health insurance coverage but has not yet met their deductible for the current year.

5. The patient has already maxed out their allowance for services – such as home visits or PT/OT.

6. The claim form was submitted, but it was missing a modifier or had the incorrect modifier.

7. An inpatient procedure was billed in an outpatient setting, or vice versa.

8. The service being billed for isn’t covered or there is a question of medical necessity.

9. The claim is missing vital information, preauthorization or the time period of submitting has been exceeded.

10. The physician is an out-of-network provider, therefore, the insurer will pay less than they would if the physician was in-network.

11. There is a coding error of some kind – it could be something like a mismatched code or two codes that cancel each other out.

12. The patient may have dual-coverage, such as secondary insurance or worker’s compensation.

13. The deadline for filing the claim past – the claim might be completely accurate, but if it wasn’t received at the end of the timeframe (which can be as little as 90 days) it will be rejected.

14. There were typos during registration and some of the key demographic information, such as the patient’s name, address or date of birth, are incorrect.

These are just some examples and, as you can see, many of them could have been avoided by careful observation, a simple double-check of claim worksheets or updating current resources to reflect the requirements and standards we all must adhere to in today’s world.

Are you leaving money on the table? Could you increase your revenue stream? Do you want to turn your profits around?  Review the list above and begin making small improvements. Attack one at a time and you will find your denied claim rate with significantly be reduced, saving in the long run both time and money.