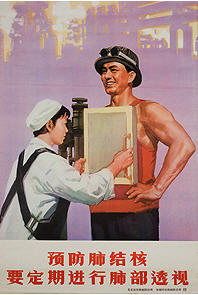 Let’s try to avoid the clichés and have a curious yet objective look on the Chinese healthcare system and problematics. What is happening there and what are the lessons that can be learned from it?
This is the first of a three-posts serie about China. We will start with a brief (and incomplete, but it seems that exhaustivity and China usually don’t get very well anyway) aperçu of the main trends underlying Zhongguo’s health.

Health and healthcare in China: just 4 numbers to get an idea

A quick glance at the immediate past

To summarize China’s health history is like writing an abstract for a Thomas Pynchon’s novel. I won’t give it a try (others did it better). But if studying the past is a good way to define the future, a quick glance at immediate past could be a good starting point. In RPC’s case, let’s go back to the beginning of our century: the public discontent following the SARS epidemic and the failing to provide financial protection against catastrophic consequences kind of forced Chinese government to head up towards reform more quickly than planned. The basic plan was to fundamentally remodel the system in order to improve the centralized health management and address the geographical and social disparities by the reallocation of central resources. The latter lead to the re-introduction of a New Cooperative Medical System in rural areas and a parallel programme for the uninsured in urban areas. Universal coverage is the aim (and 2020 is the deadline).

Present situation: Take a circle, caress it, and it will turn vicious.

Chinese population is not only numerous (appreciate the understatement), but is getting more and more occidentalized. It is urbanizing, aging and adopting new lifestyle standards. These demographic changes don’t bring good news, as they are threatening not only to people’s own health, but to the healthcare system too.
These lifestyle mutations (diet, intoxication habits, environmental factors) lead to a dramatic rise in chronic and non-communicable diseases. China is now facing the same obesity-, tobacco-, pollution-related problems than other occidental countries. With a slight difference: for China, it is only the beginning, and its huge population turns the issue into a real ticking time-bomb.
To paint the picture a bit darker, the lack of efficient preventive care measures and risk factors management feeds the vicious circle: diabetes, heart diseases, cancers are costly to treat.
All this naturally has repercussions on the insurance processes, whether for the state or for the particulars, that translate into larger and larger amount of money needed to reimburse health costs and overloaded budgets (public and private). Answering these issues is more than a health problem as it involves broader changes often hard to achieve. The contaminated food and counterfeit drugs are good examples of this problematic.
In spite of the reforms, the responses given by the health system are still considered inefficient. The chinese demography and geography are challenges in themselves. With the public health backlash of the late 70’s, geographical (rural/urban) and social (rich/poor, especially urban migrants) inequities lead to important discrepancies: city hospitals are overflowed due to the shortage of high-quality equipment and manpower, and the lack of a sufficient national drug supply. As the health professionals are underpaid, corruption is growing, service quality is decreasing, and the health system is suffering from an image deterioration. This lack of trust leads to increasing tensions between patients and health professionals. Which in turn (and in parallel with the lack of financial incentive) challenges medical vocations. Which in turn feeds the medical shortage. Which in turn increases the gap between rural and urban areas. Which in turn etc. (click here to go back to the beginnning of the vicious circle).
As a result, life expectancy and health in general are not improving as fast as it should, especially when you consider the ever-increasing amount of money invested in health.

Future: Every cloud has a silver lining

There is something rotten in the health state of China. But issues are getting addressed.
125 billion dollars were invested to expanded health-insurance coverage (to reach 95% of Chinese), which lead to a 96% improvement in insurance coverage 2011 only. A “Severe-disease insurance” was created to reimburse better the costs of severe disease treatment not covered by basic healthcare insurance.
New hospitals and primary-care facilities open around the country in order to improve the access and use of health services (which involves hospital delivery rate, antenatal care, and hospital admission rate, in addition to the above-mentioned insurance better coverage). New Cooperative Medical System is an on-going example of the efforts made to narrow the gap in access and financial protection across China’s geographical zones and between the poorest and the wealthiest groups.
To alleviate public expenses and provide better service, there is also a significative focus on private investment, expected to play a key role in solving the problems. It creates unprecedented opportunities for Chinese and multinational corporations to create larger markets for everything. But one can also wonder to what extend this trend is a silver lining or the cloud in itself.
Voices are also asking for a better patients’ education, a better doctor training and access to routine screening. The drug-sales issue also needs to be solved.

This introductory post is a fragmentary panorama of the actual chinese health and healthcare situation. It surely lacks of important elements (like, for example, the weight of sexually transmitted diseases on the population and the system; or the slowly improving mental health management). As mentioned above, to take in China at a glance (even from the narrower point of view of health) is an illusion. The Naked Physician would gladly welcome other glances, especially if they are internal ones, as it could help to give a more accurate and updated picture. So do not hesitate to share your own vision or experience about chinese health and healthcare. 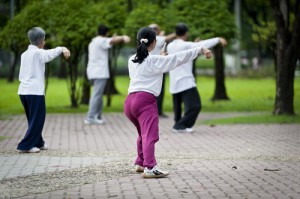