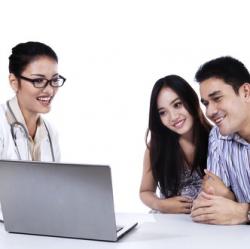 This is the fifth blog post in a twelve part series that transforms ideas from the marketing world at large into practical plans for pharmaceutical marketing in the time of health care reform.

This is the fifth blog post in a twelve part series that transforms ideas from the marketing world at large into practical plans for pharmaceutical marketing in the time of health care reform. One in five Internet users has gone online in search of others who might have health concerns similar to theirs, according to the Pew Internet Peer-to-peer Healthcare report. Yet, most healthcare brands consider understanding or engaging in patient conversations a “nice to have.”

As pharmaceutical portfolios move from blockbuster to specialty medications, patients become a more central driver of brand sales. Consider what the patient KOLs get accomplished in the orphan drug space. In addition to driving enrollment in clinical trials, testifying at drug approval hearings and lobbying for increased coverage, these superstar patients:

Given the wide-ranging impact these patient KOLs have on the disease and brand landscape, engaging them requires something different from traditional patient marketing.  So in exploring the possibilities, I landed on Pepsi’s arrangement with a superstar of a different sort, Beyoncé who inked a $50 million dollar deal with Pepsi. According the New York Times article, the deal is “a hybrid project … that will include standard advertising like commercials as well as a multimillion-dollar fund to support the singer’s chosen creative projects.”

Pepsi sees this deal as a “… shift in the way we think about deals with artists, (moving) from a transactional deal to a mutually beneficial collaboration,” according to Brad Jakeman, president of PepsiCo’s global beverage group. In terms of an ROI, Pepsi is seeking “to enhance its reputation with consumers by acting as something of an artistic patron instead of simply paying for celebrity endorsements.” According to a statement from Beyoncé, the new deal allows her to “work with a lifestyle brand with no compromise and without sacrificing my creativity.”

To me, the parallels between the Pepsi’s approach and patient marketing are like “a brick to the forehead.” The key idea to export is using a patronage approach in supporting patient advocates. Here are a few thought starters on how to export this patronage approach to your patient KOL strategy:

For bio-pharma, the rewards of this new “patronage” model seem even greater than in the consumer package good arena. Despite her enormous talent, Beyoncé can’t actually put a can of Pepsi on the grocery store shelf. But patient advocates increasingly can help get a product on the pharmacy shelf and gain the insurance coverage required to move it out to the patient.