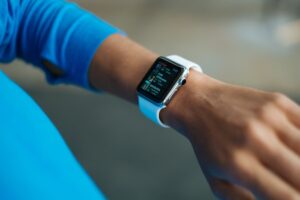 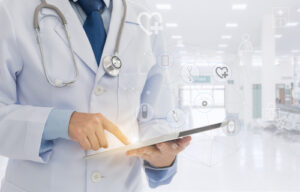 The Roles Of AI, IoT, And Cybersecurity In Transforming Healthcare 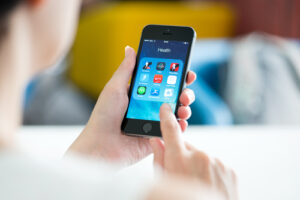 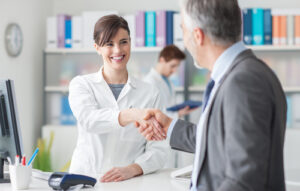 How To Use SMS To Increase Customer Satisfaction In Healthcare 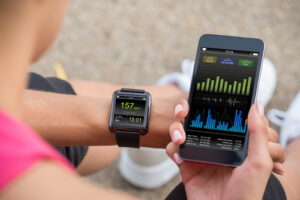 Although I appreciate all efforts on behalf of mental illness, including those by app developers, I think some readers sensed a degree of cynicism behind my first post on assessing depression via app, since I had the wild and crazy idea that people who felt they might be suffering from depression should probably get a diagnostic workup from a professional–not an iPhone application. Call me crazy.

Although I appreciate all efforts on behalf of mental illness, including those by app developers, I think some readers sensed a degree of cynicism behind my first post on assessing depression via app, since I had the wild and crazy idea that people who felt they might be suffering from depression should probably get a diagnostic workup from a professional–not an iPhone application. Call me crazy.

But in response to that tone Dorothy, one of my favorite bloggers and readers, who works her magic though narrative photography at a site called Out of the Lens Photography, shared an insight that changed my view.

“The first developer of an app to diagnose mental illness was very smart,” she wrote, “because after all weren’t they just grabbing the audience that would run to WebMd for their medical advice? That Symptom Checker was the first place I looked to see if I was dying so why not an App to see if I am mentally ill?”

And it’s true–we all want to know what we’re suffering from, without having to go through the bother of booking a doctor’s appointment, waiting in the office, and perhaps feeling foolish when telling our tale of woe. Enter the Internet and the app. Makes good sense.

But there’s another, more medically-oriented reason why these apps that screen for depression are crucial, especially since many people use them well before they’d consider going in to see the doctor.

It’s all about early intervention–when it comes to health in general, but when it comes to depression in particular. Check out this graph, from the January 2009 issue of Neurotherapeutics.

You can see that the earlier the identification and subsequent intervention, the less shallow the depressive episode, the the quicker the movement toward remission, with proper treatment.

“Once well-established,” write the authors, “. . . depressed states are hard to treat.”

Early diagnosis–even self-diagnosis–can lead to early intervention, which is the ticket to improvement.

So. . .that’s a long way of saying that here it is Monday, and we’re back again, reviewing apps for assessment of depression.

I was pleased to see a screening app dedicated specifically to the needs of the elderly, a group in whom depression often manifests differently than in younger adults–although the app had less going for it (although it was, indeed, free) than any of the others I reviewed.

READ
Does Depression In Nurses Cause Them To Leave The Profession?

You can also do a pen and paper version of the screen by downloading and printing the page, and scoring it yourself, which is quite simple.

And it may not be the worst idea, either, just to do that, since the app does nothing but calculate your score and generically suggest that scores greater than 5 ‘suggest depression that should be further evaluated clinically.’

That’s it. No storing and graphic of your scores, no e-mailing capacity, no helpful links except to suggest (without hyperlink capacity) that you look at the site put out by the Scale’s creator (which is here, if you’re interested).

If you want the GDS scale with some more interactive capacity, you’re better off with the next app, which incorporates that depression screen into several others, to make it the most multi-faceted of all the depression testing apps out there.

While the Sad Scale Light provides you with the validated Zung Self-Rating Depression Scale, and allows you to take notes–a capacity I haven’t seen in any other depression-rating app–for an extra $.99 you’re really moving up in the assessment world, as you get 5 screens for four areas, along with a mood rating capacity which will create a lovely mood scale graph.

[I made the app a bit nutty in that I entered five different mood combinations in the span of 24 seconds, and still, without undue protest, it came up with this lovely rendition, demonstrating true flexibility in taking incomprehensible data and interpreting it]:

The ‘expensive’ Sad Scale version breaks its questionnaires into four categories: A ‘plain’ Depression Scale, A Depression Scale for Children, utilizing two separate means of assessment, a Postpartum Scale and the Geriatric Scale the same as the one from GDS.

The non-specific screen is based on the Zung Self-Rating Depression Scale, a 20-question questionnaire actually used to screen in a number of primary care settings, which you can see here. The scale has correlated well with other respected depression rating screens, and also shows progress over time.

READ
5 Tips For Cleaning Your House When You're Depressed

The postpartum screen makes use of the Edinburgh Postnatal Depression Scale, found to be highly sensitive, and validated using the Research Diagnostic Criteria for depressive illness from Goldberg’s Standardized Psychiatric Interview. [The complete scholarly article from the British Journal of Psychiatry on the development of the scale is here, ideal for those who feel I’m not spending enough time addressing the scales. Know that you’re in a small minority.]

The app incorporates two screens for children, the CES-DC and the KADS.

The Center for Epidemiological Studies Depression Scale for Children (CES-DC) is available here, with instructions for use, for those of you who never intend to pay 99 cents for these scales when you can get them for free. Ironically, given that this section includes a separate adolescent depression scale, the validity and reliability of the CES-DC is better for adolescents than children, leaving the app without a particularly strong scale for those under 12.

The second brief, 6-item version of the scale, aimed specifically at adolescents, is the Kutcher Adolescent Depression Scale (KADS).

Despite its brevity, studies have shown that its diagnostic capacity is at least as good as that of the Beck Depression Inventory, a standard in the field, so sometimes less is more.

Luckily for my readers (and for me), the final scale is the Geriatric Depression Scale, which, in case it doesn’t sound familiar, you can review by starting at the top and re-reading the post.

But to return to the app’s performance: At the end of each test it computes your score, interprets that as a level of depression, and makes a suggestion (a moderate score on the GDS might earn you: “Mild, consult your doctor,” while a high score on the Depression Scale could earn you: “Moderate or Marked Major Depression go to the nearest emergency room, call a friend or 911 see list of resources” (all just like that, without any real effort at punctuating. Perhaps it makes the need to act seem all the more urgent.).

As the best of the apps do, it allows you to share your results via e-mail, and will also graph your them over time, so you can get a real visual image of whether you’re headed in the right direction.

If not, perhaps it’s time to try something besides just assessing yourself on your app.

Everything You Need to Know About Anorexia

Everything You Need To Know About Managing Diabetes In Later Life