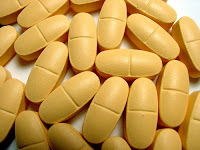 The dual forces of the economic downturn and the caregiver crisis has caused the rate of suicide and suicide attempts by boomers to rise.

Possible contributing factors for the rise in suicide rates among middle-aged adults include the recent economic downturn. Job loss, intimate partner problems or violence, the stress of caregiver responsibilities (often for children and aging parents), substance abuse, and declining health or chronic health problem are other factors.

In my Caring.com guest blog on living a meaningful life, I write about the fact that while caregiving is a challenge, it can also be viewed as a blessing and a sacred time to spend with loved ones, who possibly have a shorter amount of time left. Sadly there is an alarming rate of caregivers who precede their loved ones in death.

Caregiving is an opportunity to give back and have a closer personal relationship with the person to whom you provide care.

Over 20 years of performing for elders in nursing homes and assisted living communities, I’ve learned a number of life lessons.

I have observed eight traits of elders living a quality life that can teach us all something. In fact, I turned these lessons into a keynote presentation called “The Meaning of Life,” which I give for caregiving groups and long-term care professionals.

Read them at Caring.com and take a fresh look at who you are and the importance and significance of what you are doing as a caregiver.

The cruise ship industry is undergoing some major changes. Vaccine mandates and suicides are

This was the year that the demographic, statistical and medical marketing spotlight shifted. The