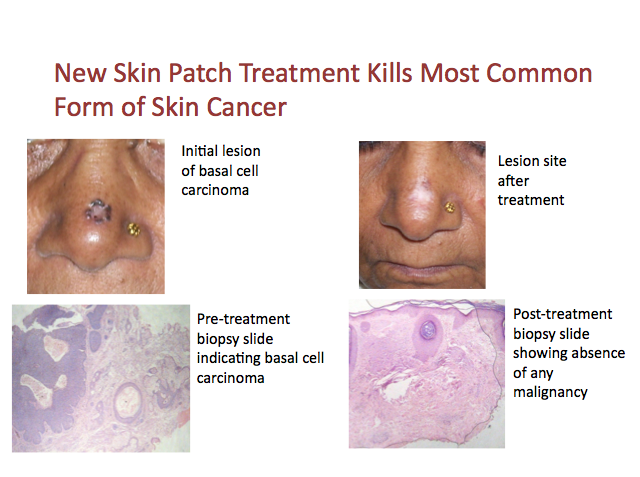 The Society of Nuclear Medicine and Molecular Imaging has a new name, a new president and some shiny new research to show off. The annual meeting is used to showcase the best and the brightest ideas emanating from nuclear medicine.

The Society of Nuclear Medicine and Molecular Imaging has a new name, a new president and some shiny new research to show off. The annual meeting is used to showcase the best and the brightest ideas emanating from nuclear medicine.

Weaving my way through the literally hundreds of presentations, with an occasional foray into the exhibitor’s hall for another free pen, I took note of some of the standouts — with the essential help of the tireless SNM staff. Here are some notes on the breakthroughs and the back-slappers and one that sheds light on a male “pattern”:

A new skin patch treatment that kills common skin cancers: Basal cell carcinomas are the most common type of skin cancer that affects the surface layer of the skin. A walk around sun-washed Miami Beach gives ample evidence of their prevalence, particularly in those fair of skin. Researchers at the All India Institute of Medical Sciences in New Delhi have developed a skin patch — “almost like a Band-Aid” one researcher said — treated with with a drop of phosphorus-32 that emits sufficient radiation (beta rays) to kill skin tumors. The therapy is ideal for patients with skin cancers that are in places difficult to operate on. Lead study author Priyanka Gupta  said the findings “open up a new dimension in the field of therapeutic nuclear medicine and dermatology, especially for the treatment of skin malignancies.” Typically, a patient would come to the hospital three times and wear the patch for three hours each time. Before you head back to the tanning bed, take note: The patch is at least two years away from hitting the market.

New therapy can extend life for patients with advanced prostate cancer: Radioisotope therapy can extend life for prostate cancer patients with advanced tumors that have spread to the bone. Dr. Val Lewington, a professor of clinical therapeutic nuclear medicine at King’s College, London, described the use of Radium-223 chloride, which seeks out bone metastases with very potent alpha particles that are deadly to tumors. “The particles actually travel a short distance with a punch, so they don’t cause other complications with the skeletal structure,” Lewington explained. She described the study as a “breakthrough,” a word not easily tossed around here, which shows multiple sites of disease can be treated simultaneously and the isotope is well tolerated. Lewington said life expectancy was extended by three months or more. Formal regulatory approval will be sought this year in the United States.

Detecting Signs of Alzheimer’s in Healthy Patients: Molecular imaging can be used to detect a build-up of beta-amyloid plaque in the brain, which not only signals a potential for Alzheimer’s disease but also precedes even mild cognitive decline. This means that a diagnosis of Alzheimer’s can now be made when a patient first presents symptoms and still has largely preserved mental function, according to Dr. Christopher Rowe, a professor of nuclear medicine at Austin Hospital in Melbourne, Australia. “Previously there was an average delay of three years between consulting a doctor over memory concerns and the diagnosis,” he said. The imaging is accomplished using positron emission tomography (PET) combined with an imaging biomarker called F-18 florbetaben, which binds to amyloid in the brain.

Bioluminescence Shines a Light on Balding: Ok, this is my favorite, because it’s the scientific answer to Hair Club for Men and it references the best of all summer insects. Basically, this research shows how stem cell research for the development of new hair follicles can be monitored with an optical imaging technique that uses bioluminescence, which is what causes fireflies to glow.  Bioluminescence is used to display processes at the cellular level, and the signal is generated in specific chemical substances called substrates. These signals are recognized with very sensitive optical imaging systems that can see what’s happening in hair stem cells. The study is the first of hair follicle regeneration “using an in vivo molecular imaging technique,” according to Dr. Byeong-Cheol Ahn, a professor of nuclear medicine at Kyungpook School of Medicine is Daegu, South Korea. So far, the technique has been effective in mice, so more studies will have to be conducted before clinical trials could be initiated to verify whether this therapy would work for human hair regeneration.

But Mickey is happy — and hirsute.