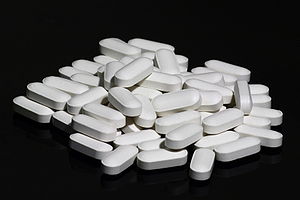 Calcium Supplements May be Bad for Your Heart. Or not.

I feel caught between the proverbial rock and hard place. A new study just released in the journal Heart shows that calcium supplements — the type that many women take for to improve bone health — may be linked to higher incidence of heart attacks. Researchers also found that increasing calcium in the diet had no significant advantage in terms of preventing heart disease and stroke.

This was a fairly large scale, long-term European study of 24,000 people, who were tracked for 11 years — so the results are hard to brush off. It’s true that those with moderate dietary calcium intake had lower risk of heart attack by almost a third compared with those in the bottom 25 percent of intake levels; however people whose diet included above-average calcium levels did not have significantly lower risk.

The authors conclude: “This study suggests that increasing calcium intake from diet might not confer significant cardiovascular benefits, while calcium supplements, which might raise [heart attack] risk, should be taken with caution.”

So what do you do? Calcium supplements have been pretty much de rigueur to combat osteoporosis, especially in menopausal age women.

Now researchers tell me it can possibly lead to a heart attack? Apparently supplements have also been linked to kidney stones, and don’t have that much of an effect on bone health – yielding only about a 10% reduction in fractures. These investigators are pushing for a return to a more balanced diet that includes plenty of calcium naturally found in products like milk, cheese, broccoli and almonds.

Ok, but let’s get real. The diets of most Americans are anything but balanced.

The study also has its critics. In a report by HealthDay News. Robert Recker, M.D., president of the National Osteoporosis Foundation said he believed the study’s findings were flawed, or at the very least, biased. It’s not surprising that NOF takes this position, since their overall goal is bone health. That, of course, requires a certain level of calcium intake. As a lay person, I can’t begin to guess whether or not there were problems with the study. However, I can express concern and frustration.

It’s another example of “now what?” Calcium is good for you. No, it’s bad. Red wine is good for your heart. No, it’s not. Chocolate has protective ingredients – but don’t eat too much. Here’s the latest wonder drug. Wait, the FDA is pulling it off the market.

Is it any surprise that people are confused?

What are the trade offs? All most of us want to know is whether or not we need to boost something in our diets for better health – or cut something out because it will cause harm. We’re getting a lot of mixed messages depending on who is doing the research — and where the funding is coming from. Maybe we need a study about studies.

In the meantime, it seems as if the best thing to do is to check with your doctor and see whether osteoporosis or heart attacks are more of a risk if you take calcium supplements. Researchers have no definitive answer. At least this week. 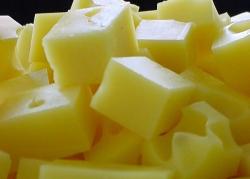 Recent studies have presented inconsistent and conflicting information regarding the use of calcium supplements,