The ACA is essentially a year old this week. Californians should be celebrating the fact that something that really has nothing to do with Obama’s reform in a direct sense will be making their pocketbooks less lighter. Anthem, the state’s BS provider, will not increase copays and deductibles for the time being.. Okay, it looks like the calm before the storm, as consumers will have at least another year to consider alternatives to coverage under this carrier — the largest in California. Not to be outdone by the luster of the moment, HHS Sec’y Sebelius offered her congratulatory two cents on the “consumer victory”, citing it as “another example of how increased transparency and oversight benefit consumers.” While it is politically correct on some level to spin this announcement as a victory for consumers and an olive branch at the hands of Insurance in this age of “greater transparency”, the end result is the same: delayed rate increases, still escalating healthcare delivery costs, and the requirement to account for it. As states scramble for ways to create alternative markets for consumers to receive services (waivers/exemptions to the reform timeline), it’s clear that conventional wisdom on the eventual rate hikes is very much intact — and GOP legislators will do everything in their power to make sure the market for coverage is not obscured by increased reform-influenced oversight on premium rates in individual states. 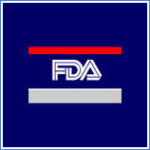