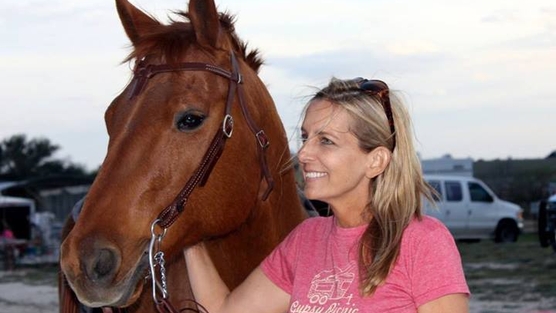 For the past seven years, Andrea Sloan has been battling ovarian cancer. Now, she’s waging a second battle – this one against BioMarin Pharmaceuticals (NASDAQ:BMRN) – after being denied access to an experimental drug she thinks is her last hope. And in the process, she’s raising some tough questions about the process of clinical trials and drug approvals.

Thanks to Twitter, Facebook and mainstream media, Sloan has collected some 147,000 signatures on a petition to the CEO of the San Rafael, California, pharmaceutical company. She’s requesting access to BMN673, BioMarin’s cancer drug which shrunk the tumors of 11 out of 25 ovarian cancer patients by at least 30 percent in a recent Phase 1/2 trial,

Those might not seem like great odds, but 45-year-old Sloan and her doctors think it’s her last chance at survival. Since being diagnosed with stage 3 ovarian cancer seven years ago, she’s been through several rounds of chemotherapy, two rounds of radiation and five surgeries. Even after she was in remission for a few years, the cancer returned.

Unable to operate on her anymore, Dr. Charles Levenback at the MD Anderson Cancer Center suggested she look for alternative options — namely, BioMarin’s drug. The problem is that BioMarin, at least for now, is conducting a Phase 3 trial of the drug in breast cancer patients, not ovarian cancer patients.

The FDA allows drug companies to give experimental drugs to patients outside of clinical trials if a patient has a life-threatening disease and has “no comparable or satisfactory alternative treatment options.” Sloan meets those “compassionate use” requirements and was cleared by the FDA to pursue access to the drug, given that she has waived any responsibility on the part of BioMarin if the it doesn’t work or, worse, does more harm. But the company has turned down her request in a written letter, saying it’s “too early to know if the experimental therapy is safe or effective, or will even prolong life.”

A lawyer by training and the executive director of Texas Advocacy Project, a non-profit that provides free legal services to victims of domestic violence and sexual assault, Sloan isn’t one to quietly accept no for an answer. She’s amassed an “Andi’s Army” of nearly 13,000 people on Facebook, started a conversation with the Twitter hashtag #BMN673 and gained the support of celebrities including Newt Gingrich, who wrote about her in a blog post titled A Sick Bureaucracy.

BioMarin, for its part, hasn’t said much. In a letter Sloan provided to Huffington Post, Chief Medical Officer, Henry Fuchs, wrote that the company was evaluating whether to conduct additional trials in ovarian cancer but hadn’t reached a decision yet.

At the heart of Sloan’s social media ambush is, of course, the desire to save her own life. But in an interview with Huffington Post Live, she said her goal wasn’t to encourage tons of grassroots campaigns like her own by all of the other patients in her same position who can’t get access to potentially life-saving drugs. Rather, she said, the goal is to encourage companies to “develop meaningful policies that are easily navigable by patients and their physicians in extreme circumstances.”