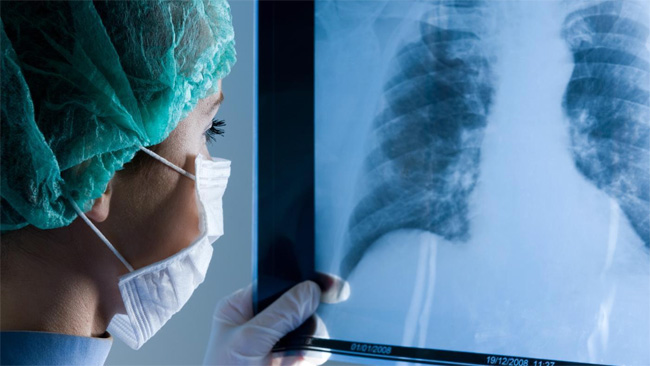 Amongst occupational diseases, any type of cancer is a serious concern. Mesothelioma, a kind of tumor affecting the membrane which protects the internal organs is both rare and dangerous since it is one of the most difficult to diagnose before it?s too late. Most cases are discovered when they?re already in the third and fourth stages, when treatment has fewer chances of being effective and is more of a palliative approach. The role of current research is to help determine early predictors or at least early diagnosis, enlisting the help of Big Data analysis and machine learning, a different approach than the current investigation methods, which has the potential to provide a breakthrough.

One of the reasons why mesothelioma is so hard to identify at incipient stages is that the symptoms could be confused with other conditions which are far from dangerous and patients can easily ignore them for a long time. The early stages of mesothelioma presents common symptoms which are easy to ignore. These includes fever, signaling an infection, fatigue, anemia, and coughs. No doctor would first think of cancer with this description which more resembles a common cold. Even when patients start having more severe manifestations such as coughing blood or breathing difficulties, doctors can confuse pleural mesothelioma with pneumonia or other lung affections. In the case of peritoneal mesothelioma, the misdiagnosis includes confusion with irritable bowel syndrome, while for pericardial mesothelioma the first diagnosis guesses are pericarditis or myocarditis. This is a reverse case of the classical lesson from medical school: ?When you hear hoofbeats, think horses, not zebras.? The saying is sound in most cases, yet for mesothelioma, thinking about cancer at the sign of a cough and fever could save lives. On the other hand, it is not wise to biopsy every patient with a chest discomfort. How can a doctor find a middle ground and be sure there are not unintentionally endangering a patient?

Aside from evaluating medical history, traditional mesothelioma diagnosis methods include the following:

The problem with classic diagnosis methods is that it is individual, based on hints, a lot of guesswork, invasive testing and results are hard to transfer from one case to the other. This results in medicine advancing at a plodding pace, losing valuable time that could translate to saved lives. A new way of attacking cancer is to load all the existing information into neural networks and let computers learn about tumors and create new insights by highlighting patterns. Some steps have already been made in this direction, and these are independent of symptoms, but rely on genetic information. The results could help create three types of outcomes, ranging from earlier diagnosis of an existing tumor to prognosis of the probability to develop one and giving an estimate of the treatment?s outcome.

A recent study was conducted on about 300 patients using machine learning and exploring over 30 potential influences including demographics, professional background, asbestos exposure which is closely linked to mesothelioma, and habits such as smoking. Of course, a comprehensive list of lab tests was also included in the model, using as a start the insights provided by traditional testing methods. The results predicted cancer with an accuracy of 63% on the first trial. Of course, there is a lot of improvement to be made, but these are astonishing results which prove the applicability of the method.

By using the framework provided by Big Data

, it is possible to detect previously unseen patterns in different levels of certain substances in the body which could then be used as biomarkers. To be efficient, a biomarker should be reliable (few false positives), easy to measure, non-invasive or minimal painful. The earlier the detection, the better, if results are consistent. A possible target would be creating a test like the pregnancy test which anyone could self-apply in normal conditions. Big Data becomes essential for this goal by its use to segment the patient?s RNA and map all genes, detecting mutant ones. Then, it creates patterns and tries to compare variations in different markers that could be consistently linked to each mutated gene. For example, survivingmesothelioma.com discusses the use of BAP1 gene as an excellent predictor with 93% accuracy.

A similar mechanism to the ones used for early diagnosis can be employed for predictive work. In clinical trials, patients can be supervised, and their reactions recorded through various sensors. Then, all that data can be used as a base for a machine learning algorithm which aims to find links between certain substances or dosages and tumor size. By merging the results of the biomarkers found at the previous step and the markers related to treatment, the cycle is closed and the medical team can have a relevant toolbox of tests that can be used to give a quick and accurate response to the questions: does the patient still have cancer and is the treatment working?

Currently, all the steps previously described are in their infancy and researchers are just learning to operate with the new technology. Replacing the biopsy ?gold-standard? will take decades, but although patients suffering from mesothelioma right now will probably not benefit from the result, the information gathered from their clinical exams will someday save thousands of lives. The Big Data heroes are those lending the stats recorded from their struggle with cancer to scientists. They hope that if the neural networks will end the computations a few weeks too late for them, it will be early enough to give a chance to other people who shared the same working conditions, for example, those who were exposed to asbestos or just had a natural sensitivity to them.