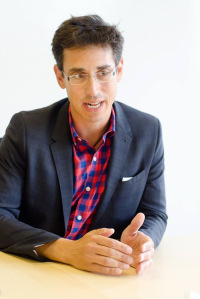 In this podcast interview, Evan Falchuk, United Independent Party candidate for Governor of Massachusetts discusses his views on healt

In this podcast interview, Evan Falchuk, United Independent Party candidate for Governor of Massachusetts discusses his views on healthcare with healthcare business consultant David E. Williams, president of the Health Business Group. This is the third in a series of nine in-depth interviews with the candidates. For a complete schedule and an explanation of the questions visit the intro post.

Excerpts from the interview are below. The full transcript is available here.

Question 1: Does Chapter 224 represent the right approach to addressing rising health care costs? If not, where does it miss the mark and what would you do differently?

“It’s a start. The larger problem that we have with healthcare costs is that they keep going up.  The largest driver…  is hospital cost, and in particular the rising prices…  Researchers are finding that as hospitals merge and they get bigger, they have more bargaining power to ask for higher prices from insurers and other payers, and they take advantage of it.”

“We’re seeing a monopolistic market structure going on in Massachusetts, where you’ve got a small number of hospital systems that have control of 72% of the market. As we’re seeing now, with the planned acquisition by Partners of  South Shore Hospital, there are some serious concerns about the extent to which that kind of market concentration causes the kind of increased prices that are driving healthcare costs in our state.”

“If the state really wants to tackle this, we’ve got to put teeth into the promise of 224.”

Question 2: Certain provider systems in Massachusetts are reimbursed significantly more than others for the same services even though there are virtually no differences in quality. Does the state have a part to play in addressing these disparities?

“In the bigger picture, we’ve got a problem with Massachusetts becoming increasingly unaffordable to live in. Healthcare cost is perhaps the leading cause of that problem. It makes it hard for people to save money and to get ahead, or start a business, or take care of a parent.”

“What the state can do is to create the kind of fee schedule that would get rid of those inequities. If there’s a difference in quality between one hospital and another, then I’m completely understanding of the need to pay more. But now you see the kinds of situations that you described in your question.  Sometimes you see a difference of six times or more between the same care delivered in two different places. One hospital has bigger bargaining power and one has lesser, and that’s a distortion.”

Question 3: More than a dozen state agencies have a role in health care. Is there an opportunity to consolidate or rationalize them?

Question 4: Government policy has encouraged adoption of electronic medical records. However many providers complain about the systems and the benefits have been slow to materialize. Should state government play a role in helping to realize the promise of health information technology?

“One of the challenges has been incentivizing and trying to encourage providers to adopt more electronic medical records.  It has been spotty, at best. The systems that are in one hospital may not talk to another, and one doctor’s office or one diagnostic center may not talk to another one. There are enormous efficiency gains that happen across the economy when people adopt all kinds of electronic record keeping.”

”Now why, in an industry that is as innovative as healthcare, have we seen slow adoption rates of electronic medical records? I suspect part of the answer is that hospitals are able to get away with being very inefficient in the way that they deliver service.  They can just charge the insurance company or the government for their inefficiency.”

“Until we can change the financial incentives, and make it so that it is in the hospitals’ best interest to adopt these kinds of systems, we won’t see the kind of adoption that we need to see. Hospitals need to change not because there’s an incentive from the government to do so, but rather because it will affect their bottom line if they don’t.”

Question 5: Hepatitis C is 3 or 4 times more common than HIV. New drugs that can cure the infection are coming on the market this year but they are very expensive. What role should the state play in ensuring that residents are tested, linked to care, and have access to these new medications?

“One thing that’s important about Hepatitis C is that it’s related very commonly to drug use. The state has a role to play in helping make sure that people who are dealing with mental health issues or substance abuse issues can get the kind of treatment that they need.  This is so they don’t end up in a situation where they’re dealing with the question of ‘How do I pay for the Hepatitis C drug?’”

”It’s better if you can help address a problem before it becomes much worse. So, if we can help people avoid self-medicating and using these kinds of really harmful drugs on themselves, we can also avoid someone getting Hepatitis C. Not to mention, there is the human toll these kinds of illnesses and drugs take on people. There’s a lot the state can do to really address this problem.”

Question 6:  There are multiple health care related ballot questions. What are your thoughts about them?

“I’m not against people making money and certainly not for being successful in what they do.”

“It’s a blunt instrument to use to do something very complicated, which is to make sure that we’ve got truly patient-centric care. Again, it’s a symptom of this larger issue of the incentives in healthcare and the way that they work. We will continue to see these kinds of outcomes until we can drive through the kind of change that says hospitals must be incentivized to deliver efficient, affordable, high quality care.”

Question 7: What did you learn running Best Doctors that will be useful as Governor?

“Best Doctors is a fascinating company that’s totally focused on making sure that each patient has the right diagnosis when they’re facing an illness. This issue of making sure you got the right diagnosis before you go ahead and start treating someone is hugely important.  In public policy… it’s really the same type of thing. I think very often it’s easy to treat symptoms rather than disease and to miss the underlying causes in an effort to take quick action to move something forward.”

”From that experience, first of all, you learn a great deal of humility about how hard it is to make complicated decisions. You have to make sure that you’re thoughtful and that you’re able to say, ‘We have to find out what the reality is.’ You have to be able to confront that reality.  You have to take action that is decisive and that reflects the best understanding of what are the things that will address the problem that you’ve identified.

Question 8:  Much of the emphasis in health care reform is on adult patients. Is there a need for a specific focus on children’s health?

“One of the challenges is that while adults can come and they can describe, pretty clearly, what’s going on with them, kids can’t.  They often need to rely on an adult to do it for them. That adult may not be someone who spends a lot of time taking care of themselves, or being engaged in the healthcare system, or even having their own primary care doctor. So it presents additional challenges.”

“I think there’s a great deal of public health-related responsibility, where the state has to help educate parents who may or may not have the best skills in helping to raise a healthy family.  They need to know how to do it, that they’ve got to have tools in order to make it happen.”

“There needs to be a very clear focus from a policy standpoint on making sure that the systems are set up to deal with children.”

“My campaign for Governor, as an independent and someone who’s forming a new party, is really based on the kind of things that we’re talking about here.  We’re saying we need to get away from the idea that there’s a Democratic and Republican version of policy, and that’s all that exists. “

“The majority of voters are no longer enrolled in those parties and most people are looking for something that can be just practical, pragmatic, progressive, new, thoughtful, where you can have a reasonable, rational conversation about these issues and take action on it.”

”I think this kind of dialogue, where you get to have a substantive conversation with candidates about these very important issues, is really important. It’s one of the things that is missing far too often from our political debates.” 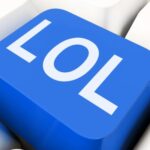