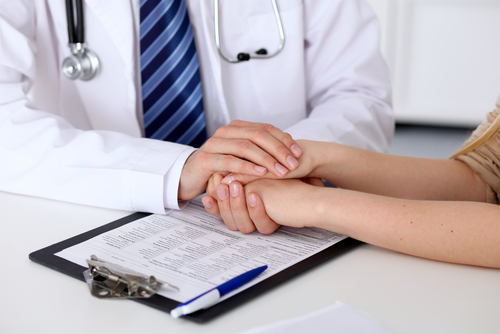 If you or someone you know is experiencing suicidal thoughts, call National Suicide Prevention Lifeline anytime at 1-800-273-8255 or visit their website here.

The daily use of prescription drugs has become commonplace in our society. In 2016 alone there were 4.45 billion prescriptions issued throughout the United States. These drugs are used for treating conditions of all types, and in many cases they’re helpful, but they raise some powerful questions about medical ethics and when something is worth prescribing.

However, there are some negative side effects that can worsen the situation and add to current patient ailments – at times this can even lead to death. It is the prescribing medical professional’s responsibility to not only gauge risks and side effects for patients, but also to make sure the patient is fully aware of the dosage limitations and all of the side effects that are currently known about the prescribed drugs.

One of the most prominent drug-related deaths (and now, ethical question case) that has saddened the nation recently is the case of Chris Cornell, who has been celebrated as one of grunge music’s pioneers. He was a key member of the bands Soundgarden and Audioslave. On May 17, 2017, Cornell died by suicide in his hotel room after a performance in Detroit, Michigan. At the time of Chris Cornell’s passing, he was only 52 years old. 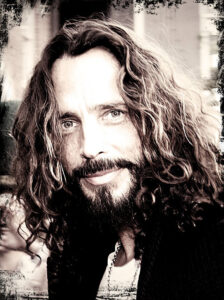 The coroner stated that the primary cause of Cornell’s suicide was from hanging, but the toxicology report told another story. It showed that the singer was on several prescription medications, including the controversial drug Ativan (also known as Lorazepam), at the time of his passing. This fact has certainly raised some eyebrows considering that Ativan, or drugs similar to this, have been linked to over one-third of suicide attempts involving drugs.

Chris Cornell is survived by his wife Vicky Cornell as well as three children. In November of 2018 it was announced that Mrs. Cornell filed a medical malpractice claim against her husband’s primary physician, Dr. Robert Koblin, for consistently and negligently prescribing the drug Ativan, among others, to the singer. This drug has a laundry list of negative side effects and regulated guidelines, and it could have been a big factor in influencing Chris Cornell to take his own life.

Why is there a medical malpractice claim for this case?

The drug Ativan, (or Lorazepam) is classified as a benzodiazepine, and is currently ranked 57th on the Top 200 Prescribed Drugs list by ClinCalc for 2019. It also reported a total of 14,317,316 prescriptions for Ativan have been prescribed to individuals throughout the United States, according to the latest 2016 statistics. These types of drugs are considered highly addictive and have been known to cause physical and psychosomatic problems rooting from physical and psychological dependence or withdrawal.

Because of the serious repercussions of the drug, there are some very specific prescription considerations medical professionals are required to adhere to before they prescribe Ativan to their patients. And this is where the medical malpractice claim against Dr. Koblin has its strongest roots. So why would it be considered malpractice to have prescribed Ativan to Cornell? We’ll discuss some of the most important elements of this below.

#1 Ativan is Intended Only for Short-Term Use.

It has been reported that Dr. Koblin allegedly prescribed over 940 doses of the anti-anxiety drug to Cornell between September 2015 and May of 2017. The biggest issue with this is that Lorazepam is intended and regulated to be prescribed for very limited periods of time. According to Stanford Medicine, if misused, the drug can cause serious side effects like drug dependence, unusual and dangerous behavior, as well as acidosis (excess amount of acid in the body).

Similar to other benzodiazepines, Ativan is extremely addictive and can lead to physical and psychological dependency if used for longer than directed. Because of these reasons, if Ativan or Lorazepam is going to be prescribed to a patient, it’s recommended to administer with extreme caution.

When doctors prescribe medications, they have some specific guidelines to follow. According to the experienced Pittsburgh medical malpractice attorneys at Dallas W. Hartman, PC, they have a legal duty to assess the following:

With Dr. Koblin, being cognizant of the side effects and still moving forward with the long-term prescription would be declaring that the negatives are an acceptable “trade-off” for the intended management of the patient’s symptoms. And to assume that the singer’s high probability of suicide was a fair trade for Cornell’s situation with anxiety is highly immoral, not to mention unprofessional.

Obviously, the doctor far surpassed the recommended Ativan prescription durations for Cornell. And when this is the case, the ADM Board suggests the following additional actions be taken:

It’s unclear if the doctor followed either of the above precautions in Cornell’s prescription regimen.

It has been referenced that in addition to Dr. Koblin prescribing Lorazepam, Cornell had also allegedly been prescribed Oxycodone for his conditions. It’s important to note that the coroner’s toxicology report did not show traces of Oxycodone in his system at the time of death, but they were both prescribed to him regardless. We cannot discount the possibility that Cornell was using both medications recently, if not simultaneously.

Mixing benzodiazepines with an opioid like Oxycodone has been known to cause some very serious interactions. According to WebMD, the mixture can result in symptoms like extreme sleepiness, slowed or difficult breathing, coma, or even death.

Mixing different drugs like these can result in the medical effects essentially going into “hyperdrive,” which could skyrocket the risk of potential overdose, as well as a likelihood of medical dependence. In addition, the negative side-effects of each drugs can be multiplied if used together.

The dual prescribing of medications to Chris Cornell is not considered negligence by itself, but with this prescription should have come with some very detailed conversations between Cornell and Dr. Koblin about the risks of ingesting each drug separately, specifying the appropriate dosage, and warning about the dangers of combination of both of them.

#3 This Medication was Prescribed to a Person With Addictive Tendencies.

It has been widely known and publicized that Cornell had struggled with addiction and continued to deal with this up until his death. Because of the high addiction tendency of this drug, it’s required that medical professionals conduct a background check on the patient to see if they have any history of addiction, or anything of that nature in his family’s history.

Knowing how public Chris Cornell’s fight with addiction has been, there’s a great chance that Dr. Robert Koblin knew all about the substance abuse and proceeded to prescribe Ativan for almost 2 years to his patient.

#4 Cornell Might Not Have Received Proper Warnings about Ativan.

A drug such as Lorazepam has a lot of warnings and negative side effects, and a prescription of this medication should be accompanied by a lot of information, statistics and very specific instructions regarding how you should and shouldn’t use this drug. And there are some serious speculations that Chris Cornell did not receive such alerts from his doctor.

Recent studies have suggested that doctors and medical professionals have been frequently failing to properly warn patients about the negative aspects and warnings about the drug. From a survey conducted in 2013 by doctors for the ADAA, they discovered the following:

Vicky Cornell claimed that Chris had admitted to taking an “extra Ativan or two” during their final conversation before his suicide. If the extra Ativan was taken due to withdrawal symptoms from the drug, or if he took extra simply because he was unaware of the laundry list of negative side effects of the drug, we might never know. But if Dr. Koblin had done a thorough job of informing his patient about the dire consequences of misusing or abuse of the drug, the situation could have been avoided entirely.

Regardless of the outcome of the malpractice case, awareness needs to be spread about the dangers of Ativan (or Lorazepam) and what effect it can have on patients taking it. Not only should people avoid the use this drug if they have a high predisposition for addiction, but also if they have experienced serious depression or suicidal tendencies in the past.

The world of medicine is not the enemy in this situation. There are countless numbers of doctors, scientists, and researchers around the world who are working hard each and every day to cure illnesses and improve our lives in general. We just need to keep research going about the current prescription drugs available, even after the products are labeled “FDA-approved,” and make sure that they are strictly monitored and administered to people who would benefit from it. And doctors have to honor their pledge to the Hippocratic Oath and make sure that they are providing the best, most thorough, and uncompromised medical care to their patients. Finally, people like you and I can do their part by giving medical professionals a full background, medical history, and overall health status so that they can determine the medical regimen that’s best for you.

Chris Cornell is not an isolated case of suicide from benzodiazepine. There are also other unfortunate cases of individuals who took their lives as a result of prescription drugs. I hope that not only the Cornell family finds resolution and closure from this case, but I also wish that this lawsuit can keep others from falling victim to the same fate. Chris Cornell will always be remembered for his musical career, but now also as a potentially historic example of the destructive potential of drugs. Prescription medication is intended to improve our health and daily lives, but if it turns out that the drug causes way more harm than good, it should be further tested and evaluated by the FDA.

If you or a loved one is suffering from addiction from a benzodiazepine like Ativan or have been prescribed it and you have problems with addiction and/or depression, please seek some help about your situation.

Darryl Blank lives in San Diego, CA and writes about a wide array of topics, including legal, health, safety, lifestyle and much more. 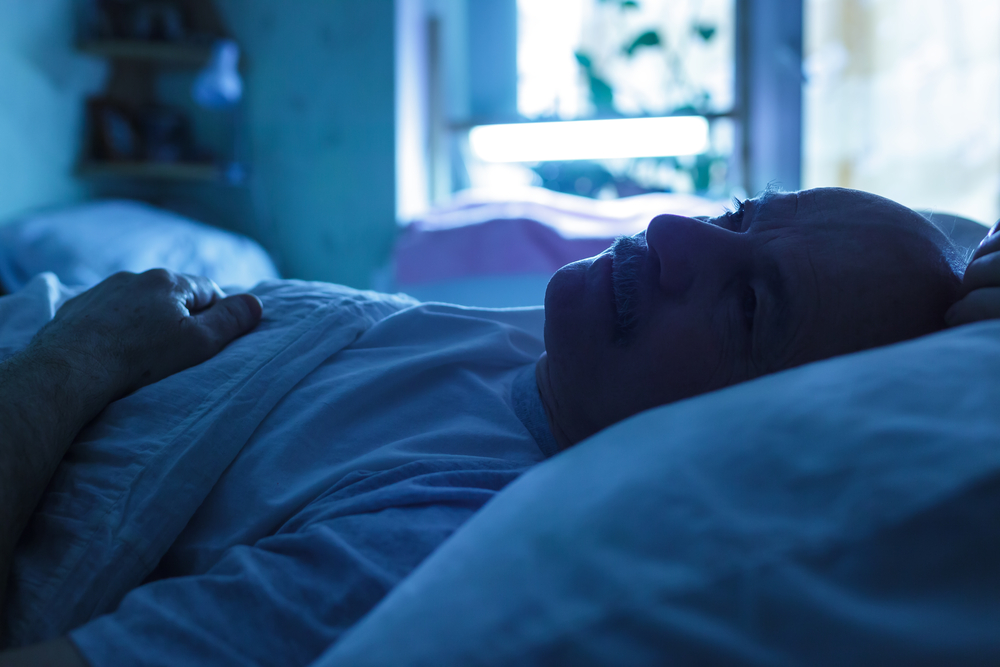 Almost everyone spends their lives on toes trying to satisfy their basic needs.