Expect The Unexpected: Rajiv Mehta and the Caregiving Journey

Caregivers are a hearty lot.  Social media can play a distinct supportive role in their activities. Most of us at some point in our lives will care for an aging parent or relative.  If not, there is certainty you will be in a relationship with someone who is a care giver.

When outfitting an expedition, one has to plan for everything: from the rare but potentially catastrophic dangers (raging lions, swollen rivers, thunderous storms) to the mundane, commonplace annoyances (fleas, thorns, thirst, hunger) that can be just as deadly.

When people look back in the future at the circuitous route of technological progress in the caregiving space, Rajiv Mehta will probably garner a decent mention. A tireless advocate on the topic, he’s devoted his considerable energy, and brain, to bringing about easier and simpler ways to manage the challenging, often misunderstood and frequently overwhelming issues around family caregiving.

Rajiv Mehta is a NASA scientist with heady degrees from Princeton, Stanford and Columbia and four years as a product manager at Apple , who has devoted himself to sharpening the cutting edge of technology and caregiving, working with the Quantified Self movement, developing Tonic, a mobile-based self care assistant and joining the board of the Family Caregiving Alliance.

Now he’s getting ready to launch the next version of his caregiving tools (called Unfrazzle). He gave a talk recently in Australia about the ‘journey’ that caregivers (even though they don’t know that’s what they are) set off on, and his sensible advice was to think of this as an adventure, and spend the time and effort necessary to outfit yourself for the journey. What I like about that analogy is that it effectively focuses the mind on the need to prepare, without triggering shutdown in the listener from calamitous tales of woe and horror that are never an easy sell. Looking forward to seeing the next rev when it’s live and hearing Rajiv present at a future Aging2.0 event.

From Rajiv Mehta , “At Australia’s Health Informatics Conference 2012 in Sydney recently, I gave a keynote address on “Outfitting Families for Caregiving Journeys” highlighting the importance and challenges of dealing with the mundane aspects of caregiving — the overwhelming, and seemingly never-ending, torrent of widely varying, trivial tasks shared amongst a loose network of family and friends. Through stories of actual caregiving situations I make these issues “real”. In the talk I also describe my own efforts over the past few years to address this issue, and the opportunity for healthcare professionals to better prepare families for caregiving crises via addressing the mundane. 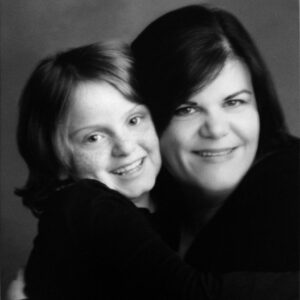 When my daughter Casey was born with nail-patella syndrome (NPS), the orthopedic surgeon said