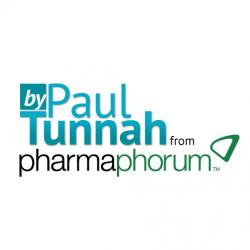 Unless you’ve been hiding under a rock during the last week or so, the news about Facebook and healthcare has probably not escaped your notice.

Unless you’ve been hiding under a rock during the last week or so, the news about Facebook and healthcare has probably not escaped your notice. Specifically, the “rumours” that the company has plans to tap into the health space with some new offerings.

According to sources ‘familiar with the matter’ Facebook is planning a two-pronged attack into healthcare by creating online support communities and also developing preventative care applications that will help people better manage their ailments.

But neither of these is a new concept.

Firstly, online support communities have been around far longer than social media, with such groups first springing up in the 1990s during the Web 1.0 phase. As the internet has grown, so have these existing communities, with sites such as PatientsLikeMe, Health Unlocked and Inspire boasting millions of members across thousands of disease areas. This is not to mention the thousands of smaller, more niche communities centred around one particular disease.

And then, of course, there are the existing Facebook pages and groups centred around particular diseases, often led by patient organisations, pharmaceutical companies and even individual empowered patients.

So what can Facebook offer above and beyond these existing platforms? Well, one thing is to use the mass of data that it collects to try and connect similar patients (a model akin to how PatientsLikeMe works right now). But do we really want our data on Facebook being used in this way and, more to the point, do we trust Facebook with it?

The second area, around preventative care applications, is a newer concept but one that is already equally competitive. For example, there are already thousands of ‘apps’ available via iTunes and the Android Store that help patients self-diagnose and monitor their condition, plus help them to ensure they are self-managing their treatment, including medicine, most appropriately. In fact, the most advanced of these are effectively being regulated as medical products, with the BlueStar app for diabetes being the first one to gain regulatory approval by the FDA – making it the first prescription-only app.

When you also consider the hefty investment being made by Apple into HealthKit (which despite the high level of funding has hit more than a few problems), designed to be a platform for health apps, you get the picture of how competitive this space can be.

So again, what can Facebook bring to the party?

The answer: demographic data that allows such information to be targeted very specifically to individual people who are already patients or present a high risk of presenting with particular disease in the near future. And this is no different to how it already uses the platform to entice users with all kinds of other tempting offers aligned to their profile – from companies like Coca Cola, eBay, Sony, Disney etc.

Beyond that, I don’t yet see signs of genuine commitment that take Facebook outside the comfort zone of being an online social network. Compare and contrast with what Google is doing with Calico, where it has poached some of the brightest minds from pharma, and is partnering with other pharmaceutical companies, to find novel ways to increase our lifespan (most of which I doubt have much to do with search engines).

So is Facebook really the next big thing in healthcare?

I’m not convinced it is, but it’s probably planning a great new way to advertise to people on its platform who are worried about their heath…or should be.