How Medical Professionals Should Handle Waste During COVID-19 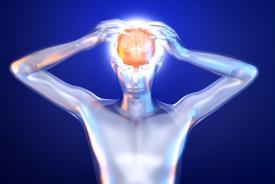 There’s nothing wrong with the size of the field. The National Institute of Mental Health estimates that nearly one in four adults in America suffers from a diagnosable mental order in any given year.

There’s nothing wrong with the size of the field. The National Institute of Mental Health estimates that nearly one in four adults in America suffers from a diagnosable mental order in any given year.

And there’s not been much to complain about the profitability of the field in past years either. Take 2009: Next Generation Pharmaceutical reports, in that year,  overall, US prescription drug sales– reached $300 billion–and psychiatric drugs made up $14.6 billion of that.

The New York Times writes that, in 2012, the fifth and sixth best-selling prescription drugs in the U.S. were Abilify and Seroquel, two  antipsychotics. Adds the Times, in 2011 alone, antipsychotics as a group were prescribed to 3.1 million Americans to the tune of $18.2 billion.

My how times can change in just a matter of months.

And how money flowing in can hide lack of innovative medical ideas flowing out.

For as Astra Zeneca was enjoying its intake from Seroquel, it was simultaneously preparing to shutter its lab in charge of psychiatric medications. It was not alone.

In a July 2011 editorial entitled “Vanishing clinical psychopharmacology” in the British Journal of Clinical Pharmacology, authors Gerven and Cohen point out that, in 2010, only two medications “with a broadly defined psychiatric or neurological indication” were approved by the FDA (and both had been on the market for years, for other uses). Thus there was nothing novel that year, there had been nothing novel for years previously–and the two could see nothing novel coming in the future.

And there’s worse to come.

Laura Sanders points out in ScienceNews that the process of bringing a new drug–one that deals with the brain– to market is almost excruciating in its pace.  Sanders points out that “[d]rug discovery is a tough, slow business. Initial exploratory work to identify a molecular target and a drug that will interact with that target can take years. After that, refined studies are conducted in animals, typically rodents, and then the experiment eventually moves into people. Brain drugs take about 18 years on average to go from preclinical experiments to approval.” In short, CNS (central nervous system) drugs just cost more to bring to market and take longer, according to Science magazine. And only 8% of CNS drugs that make it to clinical trials actually end up being approved–which is apparently about one-half of the success rate across all areas.

In their report in European Neuropsychopharmacology, British scientists Guy Goodwin and David Nutt add that  psychiatric Phase 2 trials can take up to four years–and then the high  failure rates of psychiatric and neurology medications, higher than for any other type of drug–kick in, often at Phase 3 or even registration. Science magazine points out that CNS drugs have a particular tendency to fail in late-stage trials.

“It’s pretty scary when you get down to it,” says Kenneth Kaitin, director of the Tufts Center for the Study of Drug Development. “These tend to be very difficult, expensive clinical trials.  Companies that endure a late-stage failure of a drug after years of testing take a huge financial hit. Very few companies can withstand that” (Sanders 2013).

Perhaps equally disturbing to the drug companies is the fact that the drugs just don’t work well enough. Thomas Insel himself, leader of the National Institute of Mental Health, makes it clear in the 2009 Journal of Clinical Investigation that he is particularly un-enthralled with antidepressants (whose rate of response, he says, is “slow and low”) and the new antipsychotics. He writes, “Remarkably, despite the heavy use of these medications, we have no evidence that the morbidity or mortality of mental disorders has dropped substantially in the past decades. . .The unfortunate reality is that current medications help too few people to get better and very few people to get well.”

And, aside from the cost of bringing the drugs to market, and aside from their. . .well. . . seeming uselessness. . .the third reason companies are gun-shy about  psychotropic medications is something major:  we just don’t understand the brain well enough.

Returning to our friends Nutt and Goodwin, they claim one of the reasons drug companies want to take their ball and go home when it comes to psychotropics is because there are ”deficiencies in the science that underpins drug discovery.”

READ
Top 6 Birth Injuries That Could Occur When Giving Birth

In fact, they write, if you come right down to it, “Predictive and prognostic biomarkers for psychiatric disorders are largely non-existent.” Laura Sanders suggests that it is the brain itself that is the single largest obstruction to the successful development of new psychiatric medications.

The thing about blaming the brain? It seems utterly impervious. You can’t put a blood pressure cuff on it and measure its beats, and you sure don’t want to cut off a slice off a bipolar patient. As psychiatrist Dr. Mark Rubeinstein points out, there are “no precise biological markers, microscopic findings, or blood tests” to establish a diagnosis–so now what?

All researchers can do is collect symptoms, the outward signs of the brain’s behavior.

This is far from perfect, as sometimes one symptom matches more than one illness, or is interpreted differently by different treaters, or varies, depending on the day.

And from there, we head over to diagnosis, based on a conglomeration of these  slippery symptoms. Additionally, a person who exhibits symptoms A, B , &  D, which earn him the diagnosis of schizophrenia, may have quite a different brain composition from the woman who demonstrates C, D and F–yet, according to the Diagnostic and Statistical Manual,  she gets  termed a schizophrenic, as well. Both are treated with antipsychotics–even though their brain pathologies may be as different as it’s possible to be.

And that–apparently the drug companies thought–was just about enough of that.

So, joining hands with Astra Zeneca, which closed research facilities in both the U.S. and Europe, stopping drug-discovery work on schizophrenia, bipolar disorder, anxiety, and depression, Novartis is  working on closing its neuroscience facility, headquartered in Basel, Switzerland and GlaxoSmithKline, based in England, has closed its CNS lab entirely (saving itself  a cool $387 million).  US-based Pfizer and Merck, as well as the French company Sanofi have all significantly scaled back their research programs.

Even in the face of these closings, Dr. Insel’s concerns lay elsewhere. It’s not particularly a lab closing here or a scale-back there; the biggest problem, says Insel, as quoted in Science, is “[t]here are very few molecular entities, very few novel ideas, and almost nothing that gives any hope for a transformation in the treatment of mental illness.”

That, Dr. Insel, is a very big problem indeed. 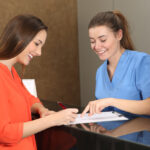 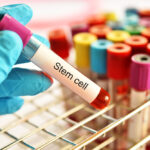 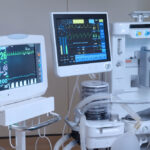