Forget the Ambien and Prozac–Just Put Away Your Cell Phone, Part I

It strikes me as fairly incomprehensible  how attached people are to their mobile phones–even in our family, which is of course a bastion of mental health.

It strikes me as fairly incomprehensible  how attached people are to their mobile phones–even in our family, which is of course a bastion of mental health.

We’ve got one family member who sleeps with hers, one who watches sports games under the table during meal times–as if no one could notice, one who can pass hours playing with hers instead of grading papers, one husband who was forced to choose between his phone and his wife for their anniversary dinner, in no uncertain terms, and a 10-year-old, no less, who’s a texting fiend. I am NOT referring to myself here in any of the above.

So when a study came out indicating that heavy overuse of cell phones might just not be the best thing for people’s sleep and mental health, I just took it as an example of research that ‘proves’ what most people really already know. [That, apparently, is the best kind of research.]

But it’s still nice to have that research behind you, when you spout off about it.

And it’s nice,too, when the research study has a title that more or less tells you what you’re going to get. I always appreciate originality in naming. This one is “Mobile phone use and stress, sleep disturbances, and symptoms of depression among young adults – a prospective cohort study,” and you can guess that if there was no stress and depression associated with the phone use, this would be quite a dead-in-the-water publication.

Sara Thomée, doctoral student at the University of Gothenburg’s Sahlgrenska Academy, and her colleagues, took a look at–I’m embarrassed to repeat this here–mobile phone use and stress and. . .you get the picture.

Thomée notes that, in Sweden at least, young adults between 20 and 24 are the most frequent users of information and communication technology (ICT, in the study’s lingo). Apparently they take it away from any other group.

Now, really, just stereotypically thinking, if you had to pick any group who should be, overall, generally happy and healthy, it might very well be young adults in Sweden.

Adrian White, analytic social psychologist at the University of Leicester in England, studied happiness across the globe. He actually published a World Map of Happiness, a coded map that highlights international happiness differences among 177 countries.  If you’re better at geography than I am (and most people are), you’ll find Sweden up there near the top. In fact, it came in seven out of 177, so it sounds like generally a pretty jolly place to be.

World Map of Happiness by White

And let’s say there are challenges to being in your early 20s, which there are. However, those can often pale in comparison to those experienced by adolescents, or, say, the elderly.

This is a group that would seem to be sitting pretty.

But mental health statistics on youth in Sweden have been somewhat discouraging recently.

Thomée quotes the Swedish National Survey of Public Health in 2010. [I went to look at it myself, found it to be in Swedish, and decided I’d take her word for it.]

That’s bad news for any country, let alone a top-10-happiness one. The statistics begged the question of whether there is a correlation between ICT and mental health issues.

So Thomée and her colleagues actually ran four different studies on the impact of computer and mobile phone use on the mental health of young adults.

The third study focused on high frequency mobile phone use, both at baseline and at a one-year follow-up, as a risk factor for sleep disturbances (mostly in men) and mental health symptoms (among both genders).

I didn’t find the study’s results surprising, but did greatly enjoy the vindication of just what I’ve been spouting about the danger of mobile-overuse (who doesn’t love “I told you so!”?).

Research involved questionnaires (at baseline and at a year to follow-up) to 4156 young adults between the ages of 20 and 24, and interviews with 32 heavy users of ICT.

Slightly more than half of participants were considered to have “low mobile phone use” (less than six calls and text messages a day). Considering that a quarter of the time I can’t find my phone, and a good half the time nowadays I can’t hear it, actually utilizing it for five interactions a day seems logistically impossible. Although my daughter’s quite encouraging and believes in my abilities, I’m certain I’ll never learn how to text. I do not feel I’m missing out.

But we’re just getting going. Between 22-24% had “high use” (which means, and I’m not making this up, eleven or more calls or text messages per day. For real.).

And then the authors really get exercised. They write–in what seemed a rather unscholarly fashion–that “a massive majority” (it’s a nice turn of phrase anyway) said they were expected “to be available on a daily basis and one out of four around the clock.” You’ve got to wonder what’s that urgent in a 22-year-old’s life that she needs to be more available than any doctor I know.

And, as you’d imagine, they didn’t miraculously improve a year later.

We’ll run through some of the findings on mobile use, mental health, stress, and sleep in our next post.

I should have received one cell phone call, which I will have most certainly missed, by then.

Thomée S. ICT use and mental health in young adults: Effects of computer and mobile phone use on stress, sleep disturbances, and symptoms of depression. University of Gothenberg:  Gothenburg, Sweden, 2012.

White A. A global projection of subjective well-being: The first published map of world happiness. University of Leicester 2006. 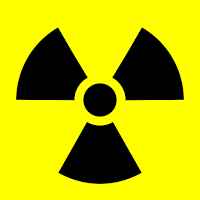 Warning! Cell Phones Can Kill You!

In medicine and beyond, folks just want stuff to be true.  Sometimes, we believe