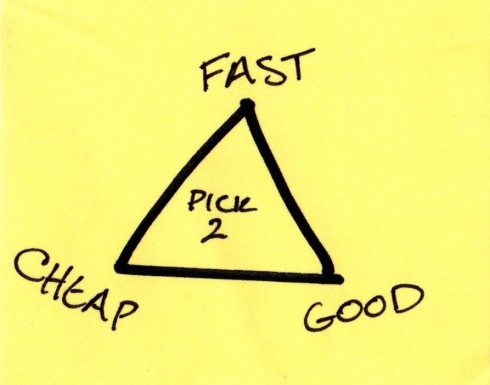 The goal of Triple Aim is to say that, despite what any project manager will tell you, you can have all three. The goal of Triple Aim is to say that, despite what any project manager will tell you, you can have all three.

This provocative statement, set the tone for this third installment in Seattle’s Health Innovator’s Collaborative, a talk called “Demonstrating Value in Health Innovation: Lessons from Comparative Effectiveness Research” by Larry Kessler, Professor and Chair, Department of Health Services, UW School of Public Health and formerly of the FDA, NIH, and NIMH. Dr. Kessler believes that the new accountable care organizations are mandated to deliver on all three and used the example of the Institute for Healthcare Improvement which was founded in 1991 on this principle and brings together leading hospitals, policy people, and researchers who are finding the best ways to deliver triple aim across many specialties.

Changes in how healthcare systems deliver care will drive innovation; however, innovation for its own sake will not win. Innovation must show evidence, cost savings, and revenue drivers. At the same time, it must satisfy a much wider group of stakeholders than previously including patients, physicians and clinicians, payers and providers. Innovative approaches and technology will take the leap past simply showing evidence of clinical outcomes to delivering value. This is a dramatically different approach from how typical NIH or FDA studies are done today. Those studies are done with a small slice of the population that is homogeneous, for example, they only have one issue and no co-morbidities. This type of study may prove outcomes with this particular population, but it doesn’t show cost or revenue based value and is no indicator of how something would work in the population at large, where the sickest patients are usually struggling with more than one issue.

Quality needs to be redefined as the best service AND the best health outcomes AND the best cost outcomes. Dr. Kessler went on to show some clear examples where solutions needed to go to the next level to be adopted and show results.

The first example provided a model that showed over a 5 year period, gastric bypass surgery proved cost effective. However, insurance plans do not include this surgery and require copious paperwork to justify it. This may make sense though, as the determinates of whether surgery is actually cost effective include a number of additional factors like the population and especially whether they will be part of your problem in 5 years. This is where the new accountable care organizations that are charged with population health will have an easier time with the cost benefit analysis as they be responsible for these patients in 5 years.

Another similar example is the new drug Solvaldi for the treatment of Hepititis C. It’s recently been in the news for its staggering price tag: $84,000 for a 12-week course. However, the drug has proved to be extremely effective, and University of Washington health economist Sean Sullivan points out “the drug is far cheaper than the alternative, which is a liver transplant and a lifetime of immunosuppressant drugs.” Again, though, whether this is a bargain or not depends on how long the payer thinks they will be responsible for the patient.

Successful business outcomes based on cost savings were shown in the example of two diagnostic tests for whether breast cancer would reoccur. The FDA-approved test MammaPrint could predict the recurrence of breast cancer. The non-FDA approved test Oncotype DX could predict the recurrence of breast cancer AND whether chemotherapy would work for the patient. This test, while not FDA-approved became far more popular as it showed very clear cost savings and quality of life for patients who did not undertake unnecessary chemotherapy.

Another study, Back Pain Outcomes Using Longitudinal Data-Extension of Research (BOLDER) was able to consider the patient experience as part of treatment. This study looked at 5,239 patients over 65 with new primary care visits for back pain across 3 integrated systems: Kaiser Permanente of Northern California, Henry Ford Health System, Harvard Vanguard/Harvard Pilgrim. The study goal was to determine the impact of early imaging as an intervention. The results are not yet published, but a couple of observations were already apparent. First, patients sent for MRIs, delay getting physical therapy and if the MRI shows they need physical therapy rather than surgery they have delayed their recovery by the time they waited for the MRI. In this case, the intervention of imaging if it was not needed produced less positive results for patients.

This study used the Roland-Morris Disability Questionnaire and it was also noted that many of the standardized testing tools do not account for what the patient actually considers a good outcome, like whether they can sleep soundly or have sex. Again, this shows that studies need to go a step further into the real world application of the patient’s situation. 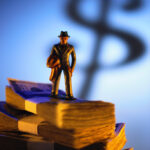 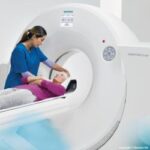