Like everyone else, I was horrified when I first heard the news about the rampage in Aurora, CO. My heart goes out to the families of those that we’re murdered and injured. Life will never be the same for the survivors, nor for so many others as they go about their daily activities.

Like everyone else, I was horrified when I first heard the news about the rampage in Aurora, CO. My heart goes out to the families of those that we’re murdered and injured. Life will never be the same for the survivors, nor for so many others as they go about their daily activities.

Movies, shopping centers, college campuses, high school cafeterias – each now symbolize much more than just a place. The psychological toll on the American psyche is readily apparent. Aurora. Tucson. Virginia Tech. Columbine. Just name the location – we can all put it in tragic context.

This is a blog about healthcare and policy issues and how they affect the average person. So why am I writing about mass killings?

Because lax gun laws are a public health menace. Because it’s all too easy to legally purchase an assault rifle with few safeguards in place to ensure that the public is not endangered by a psychologically unbalanced shooter who thinks the whole world is out to get him, or wronged him somehow (note that the shooters in all of these incidents were teen or young adult males).

This has nothing to do with the ability to go deer hunting in the fall, or for a shop owner to keep a handgun on the premises for protection. The majority of legal gun owners are properly trained, vetted, and licensed. However those that advocate putting assault weapons in the same category as a pistol or rifle are part of the public health problem.

Post-traumatic stress  is only one piece of it. The idea that anyone feels he/she even needs an assault rifle should raise an immediate red flag for any gun shop owner or dealer. As should multiple gun purchases within a short time frame.

Is there any purpose, aside from mass murder, that such a weapon is used for? Certainly not for shooting clay pigeons. If there is nothing to hide, no ulterior motive, then no one should object to a waiting period which allows for proper criminal and psychological evaluations. It only ensures the public’s health and safety.

Homicides take the lives of 18,000 people each year. While mass killings are rare, the repeated media coverage almost ensures that they remain part of the American psyche forever. Professor of criminology and law James Allen Fox of Northeastern University wrote an extensive opinion piece on CNN.com, contending that tighter controls won’t really help

Mass killers are determined, deliberate and dead-set on murder. They plan methodically to execute their victims, finding the means no matter what laws or other impediments the state attempts to place in their way. To them, the will to kill cannot be denied.

Perhaps. But on the other hand, tighter controls on purchases of weapons of mass murder just might make a difference – even if it’s small. Maybe it would stop even one unstable person from acting out his rage. Maybe it would save the life of a child. Or a grandmother. Maybe it would allow someone who desperately needs metal health care to get it instead of committing suicide or spending a lifetime in jail.

Ask the people in Aurora, or Tucson, or Blacksburg, or Columbine if adding additional deterrents are worth the perceived inconveniences. Unfortunately politics always seems to get in the way of common sense.

There is no way to ever make sense of random, violent acts like these. But it’s time something different is attempted, because the system currently in place clearly is badly broken. I like what New York Times columnist  Nicholas Kristof posted today on Facebook:

If it’s politically impossible to curb even assault rifles, then maybe at least we can adopt a public health approach to guns, to minimize the harm. That could include limiting gun purchases to 1/month, making serial numbers harder to erase, banning oversize magazines, more thorough safety checks, a mechanism to show whether bullet is in chamber, etc. This public safety approach has been very successful in reducing both auto fatalities and drunken driving deaths. Isn’t it worth trying with guns as well? 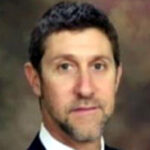 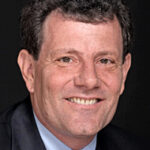