Here’s my take: For a covered entity or business associate that has all its ducks in a row – HIPAA Privacy, Security and (for Covered Entities) Breach Notification policies and procedures, a completed risk analysis, training and testing of workforce documented – FTC regulation should not be problematic. I think that the FTC would be hard-pressed to find an entity that is in compliance with HHS HIPAA rules and relevant state law to be in violation of the FTC Act’s prohibition of “unfair … acts or practices.”

The FTC does not have specific rules in place in this area, and is not likely to promulgate rules (it has rules in place for PHR breach notification, under the HITECH Act, but that is outside of HIPAA jurisdiction). The FTC regulates unfair acts or practices by filing complaints and dealing with violations of its basic statute on a case-by-case basis. It is not unreasonable for the FTC to assert that it has overlapping jurisdiction with OCR jurisdiction under HIPAA. Fines under the FTC Act are limited to $16,000 per violation (as opposed to the maximum fine of $1.5 million under HIPAA).

The FTC asserting jurisdiction should be of concern for entities subject to HIPAA that are not in compliance with HIPAA – like LabMD in this case.

Ultimately, however, the question arises: What would the FTC do in any particular case that OCR would not already do? If both are actively enforcing HIPAA, then I would conclude: not much.

The same question arose when state attorneys general were given permission under HITECH to enforce HIPAA violations.  State AGs and the OCR often came up with parallel enforcement plans, so the value of the added enforcement agency appears to be limited. Of course, this may change over time if OCR enforcement scales back, the office is defunded, etc. In such a scenario, the federales may conclude that double-teaming the bad guys wasn’t such a bad idea after all.

Bottom line: Comply with the rules, rather than worrying about who has the authority to nail you when you don’t. 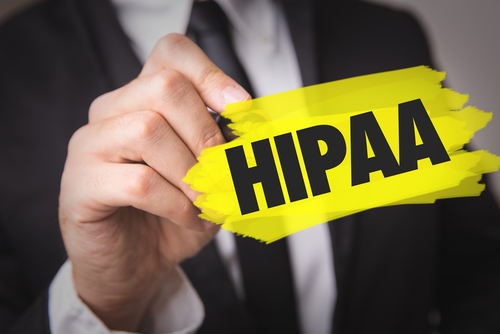