With the New Year fast approaching, and the start of the Centers for Medicare & Medicaid Services’ (CMS) fiscal year shortly behind us (it began October 1, 2011), it seems appropriate to evaluate the major initiatives implemented by CMS in FY 2012.  When doing so, one program stood out more than many others—the implementation of the hospital readmission reduction program.

With the New Year fast approaching, and the start of the Centers for Medicare & Medicaid Services’ (CMS) fiscal year shortly behind us (it began October 1, 2011), it seems appropriate to evaluate the major initiatives implemented by CMS in FY 2012.  When doing so, one program stood out more than many others—the implementation of the hospital readmission reduction program. In short, CMS has implemented a program—consistent with its value-based purchasing program—designed to improve the quality of medical treatment provided to patients by penalizing hospitals that are deemed to have an excessive number of Medicare inpatient readmissions.

CMS’ program to curb readmissions, which began in 2009 when it started publicly reporting 30-day readmissions, is part of its overall effort to reduce costs and improve the quality and coordination of patient care.  The premise of the campaign against readmissions is to punish and dissuade providers from releasing patients that will likely need follow-up care for the same ailment as they were just treated, which, theoretically, will cause providers to make sure patients are provided with the necessary treatment the first time they are treated and, as a result, reduce the number of expensive follow-up trips to emergency rooms.  The program, which currently only covers readmissions for pneumonia, acute myocardial infraction (AMI) and heart failure, takes a step forward in FY 2012 from being a program that is intended to “shame” providers by making the 30-day readmission information publically available, as was done until now with CMS’ pay-for-reporting program, to being a true “penalty” program.

Beginning October 1, 2011, providers’ 30-readmission data will be collected and used to generate an overall score for each hospital for FY 2012.  This score will then be used to determine if a hospital’s readmission rate is higher than the Medicare-calculated “baseline” readmission rate (which was calculated by CMS using reported readmission information from July 1, 2008 through June 30, 2011).  If so, the total operating payments due to the hospital will be reduced by CMS, with the maximum reductions being as follows: FY 2013 =1%, FY 2014 = 2%, and FY 2015 = 3%. In addition, beginning in FY 2015, CMS can expand the list of covered conditions to broaden the impact of the program.

While the reimbursement risk associated with this program may seem insignificant to some, many providers are operating under very thin margins, which will make even a 1% reduction in Medicare reimbursement meaningful.  For example, if a hospital’s total inpatient operating payments for FY 2012 were $25mm, that hospital will have $250k at risk for reimbursement reduction pursuant to this program. With the maximum penalty increasing 1% per year until FY 2015, the penalty and dollars at risk will undoubtedly heighten providers’ focus on their readmission rates. It stands to reason that many will also look to new solutions, technologies, and programs to help them avoid being penalized. New solutions aimed at patient engagement as well as remote-patient monitoring are areas of opportunity that we think will continue to be instrumental in addressing the readmission dilemma providers are facing.

Have a great week.

Jamie Lockhart is a Vice President with TripleTree covering healthcare software and service providers with a focus on consumer directed healthcare.  You can contact him at jlockhart@triple-tree.com 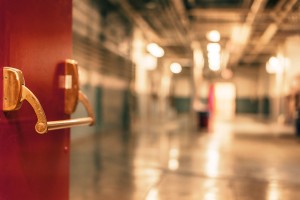 How to Reduce Costly Hospital Readmissions in

CMS to Administer Penalties for Excess Readmissions  Once patients are discharged from the hospital, 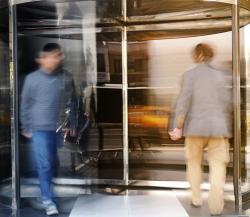 The “7 Deadly Sins” That Lead to

Preventable readmissions are a top focus for healthcare administration due to recent Medicare penalties. 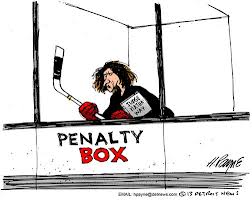 The Penalty Box: CMS’s 3 Ways to

Summary: Are you one of many hospitals being dinged with CMS penalties? Are you