CIGNA put a stake in the ground for the long term prospects of Medicare Advantage (M.A.) with its recent announcement that it would be acquiring HealthSpring for $3.8B (a 37% premium over its closing price prior to announcement).

CIGNA put a stake in the ground for the long term prospects of Medicare Advantage (M.A.) with its recent announcement that it would be acquiring HealthSpring for $3.8B (a 37% premium over its closing price prior to announcement).

HealthSpring primarily operates as a M.A. plan covering over 340K lives across 11 states (including over 800,000 Medicare Part D members).  CIGNA previously had a very limited presence in M.A. with ~44,000 lives entirely in Arizona.

CIGNA has been focused on diversifying its core US healthcare presence, so the move isn’t too much of a shocker, although many thought its approach would include international expansion versus a bold move into the government market.  It’s likely the HealthSpring business model was too alluring for CIGNA to pass on when you consider HealthSpring’s:

There is a large opportunity for CIGNA to leverage and replicate HealthSpring’s coordinated care model across their commercial book of business to drive efficiencies and deliver better care.  Additionally, CIGNA will benefit from its ability to cross-sell HealthSpring into new markets.

CIGNA is not the only health plan making moves in the M.A. market – recent M&A activity within the sector over the past 18 months include:

HealthSpring was one of the few remaining M.A. plans with size and scale, and CIGNA’s move could prompt additional consolidation within the sector over the coming 12-18 months.  The list of targets with viable M.A. populations (100K+ lives) is becoming quite limited.  Some of these include Universal American and Wellcare, public M.A. plans with 100K+ lives; and XL Health, SCAN, Aveta and Universal Healthcare as examples of private M.A. plans with scale.

There have been recent headlines about increased pressure on reimbursement rates and minimum medical loss ratio (“MLR”) requirements posing a threat to the future of M.A.  My view, however, is that M.A. will not only survive, but thrive going forward and recent M&A activity would suggest the same.  Let me know what you think.

Judd Stevens is an associate at TripleTree covering the healthcare industry, specializing in the impacts and transformation of health plans in a post-reform world.  Follow Judd on Twitter or e-mail him at jstevens@triple-tree.com. 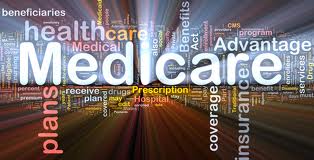 Medicare Advantage Cuts Not Only Delayed But

Late Friday, after the stock market closed, the Centers for Medicare & Medicaid Services