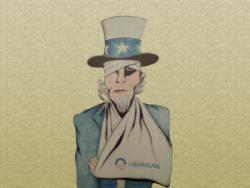 by DavidEWilliams 4 min read
All that hyperbole for nothing! All that hyperbole for nothing!

President Obama just announced that 8 million people signed up for coverage on federal and state health insurance exchanges during the initial open enrollment period for the Affordable Care Act, aka ObamaCare. That’s higher than originally projected, and much higher than how things looked when the glitch-filled healthcare.gov sputtered out of the gate. Cynics will pick at that accomplishment, claiming that it overstates the law’s impact by counting people who already had insurance, and those who don’t end up paying their premiums.

ObamaCare is a complex law (remember the big excitement about how many pages it takes to spell out) and it’s much more than just the exchange websites.

Focusing just on the 8 million who have signed up through the exchanges actually seriously underestimates ObamaCare’s impact on the number of people with insurance. Consider:

There’s also another way to look at the folks who already had insurance who have signed up on the exchange. ObamaCare opponents have made a big deal out of people having their plans canceled because those plans didn’t meet the new law’s requirements. We’re suddenly told how everyone loves their existing plan –something I never heard touted prior to ObamaCare. Considering the hassle involved in getting a policy through an exchange, one could reasonably assume that people are getting better, cheaper coverage than what they had before. Even if that doesn’t increase the number of insured people, it improves the overall level of insurance within the population.