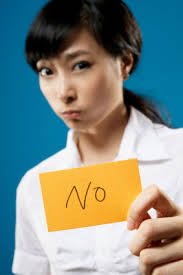 Patient Reactance: What It Is and Why Clinicians Need to Be Aware of It

Can you say “reactance”?  Don’t feel bad, I wasn’t familiar with the term either until recently.  But as you will see, anyone that has ever been a patient will catch on pretty quickly as to what reactance is and how it works.

Can you say “reactance”?  Don’t feel bad, I wasn’t familiar with the term either until recently.  But as you will see, anyone that has ever been a patient will catch on pretty quickly as to what reactance is and how it works. Reactance is how we respond to something that threatens to limit or eliminate our behavioral freedom.  I recently experienced reactance in the course of “prepping” for a colonoscopy.   The day before the colonoscopy you cannot eat anything except clear liquids.  Then you have to drink this horrible tasting “stuff” to clean you out…you get the idea.

Sure I understood the need for having the colonoscopy.  But the whole ritual made me feel really imposed upon by everyone involved – the doctor, hospital where I had the procedure, and the makers of the “stuff” I had to drink.  I thought of lots of counter arguments for why I needed food more than a colonoscopy.  Remind me what’s wrong with virtual colonoscopy?

Compared to being diagnosed with cancer, diabetes or some other life-changing condition, the “loss of l freedom” associated with a colonoscopy is insignificant.  I cite my example only to illustrate what reactance is and how it works.

If you think about it, reactance is an inadvertent by-product of the way much of health care is organized and delivered.   Who hasn’t felt that waiting 45 minutes to see their doctor isn’t an unfair restriction on their time and behavior?  Or who hasn’t felt that the hospital admitting process is all about protecting the hospital and does nothing for the patient other than hold them captive as some clerk reads through 30 minutes of legal mumbo jumbo.

The author of the Health Influence – Persuasion Blog suggests that reactance typically follows the 3 step process:

Step 1.  People perceive an unfair restriction on their actions.

The key word here is, “unfair.”  People can accept restrictions, but they must feel that the restriction is reasonable, equal, and just.  When the restriction is unfair (they don’t know why it was applied, or it only applies for some people, or it is too tough), the next stage occurs.

Step 2.  A state of reactance is activated.

Reactance prompts a cognitive and emotional response in people.  Cognitively, we come up with counter arguments for why what we are being asked to do is unreasonable, unfair or not worth doing.  Emotionally, people can feel wronged and that they “aren’t going to take it anymore.”  Reactance is important to understand because it has strong motivational properties and leads to the final stage.

Step 3.  The person must act to remove the reactance.

The motivational qualities of reactance are so strong that the person must do something about it.  They must either “right the wrong” or get around the restriction. In the case of health care, reactance may manifest itself in the form of non-compliance, anger, poor satisfaction scores and so on.

How Can You Minimize Reactance in Your Health Organization?

The best way to minimize the risk of reactance,  according to researchers, is to make sure that there is a reasonable balance between what providers ask a patient to do (take a medication, get a colonoscopy, or wait 45 minutes) and the reasonableness and fairness of the request as perceived by the patient.

Waiting 45 minutes to see your physician for 7 minutes, and then feeling rushed and limited to 1 question, may seem like an unfair exchange to some patients.   Asking a newly diagnosed patient, who doesn’t fully understand the severity of their condition, to start taking a medication against their wishes, may seem unreasonable to patients as well.

Lack of time often works against providers when it comes to preventing reactance.   With limited time, providers are not always able to make a strong or believable case for why patients should do get a test or take a new medication.   Weak arguments and unrealistic threats of unlikely consequences from providers only tend to increase reactance in patients.

Do you have any good examples of “reactance provoking “requests that  your organization routinely makes upon patients?

That’s my opinion. What’s yours?