Within the arterial system, a combination of arteriosclerosis and its progressing form known as atherosclerosis, or obstructive arteriopathy, represents the most common case of PVD. Arteriosclerosis is a normal consequence of aging involving gradual thickening of arterial walls and decline in the number of arterial muscle fibers. As a result, the arteries become rigid and incapable to quickly recoil following expansion or contraction. They also lose the ability to adjust their lumen and accommodate variations in the blood flow dictated by the changing oxygen needs of tissues supplied. 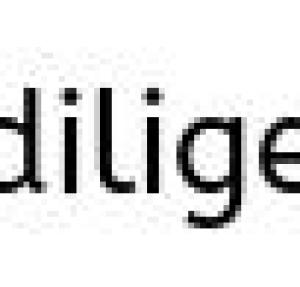 Atherosclerosis is a pathological complication of arteriosclerosis and not a part of the normal aging experience. It involves a deposition and built-up of plaque composed of fatty substances, cholesterol, cellular waste products, calcium and fibrin (a clotting material in the blood) on the inner lining of arterial wall. In the process of plaque formation, changes also occur to the arterial intima. The trapping of lipids and other harmful matter elicits a low grade inflammatory reaction in the vessels. As these lipids accumulate, occlusion of the vessel lumen results. The artery gradually becomes calcified in the medial layer which, in turns, leads to its stiffening. These conditions interfere with the normal flow of blood through the vessel, and occasionally thrombus formation occurs, which is believed to be caused by the hemorrhage into the plaque and formation of a blood clot on its surface. Such thrombus can fragment and break off to form emboli that travel through the blood stream and often block smaller vessels.

The ultimate causes and triggering mechanisms of atherosclerosis are still to be understood, though, many researchers assume that its onset is directly related to arterial trauma and associated inflammatory processes in the arterial intima. It is also believed that blood platelets play important role in the initiation and progression of the atherosclerotic disease. Platelets are involved in the formation of prostaglandins that might do damage to arteries. They also contain a growth factor that promotes proliferation of smooth muscle cells normally present in the arterial wall. There is a general agreement among practicing clinicians that an elevated and growing platelet count represents one of the earliest and reliable signs of progressing atherosclerosis.

One popular theory asserts the connection between atherosclerosis and excess blood lipoproteins trapped within the artery wall. According to that theory, when sufficient accumulation of such lipoproteins occurs, they become oxidized. The latter presumably leads to formation of some modified lipoproteins that are rapidly taken up by smooth muscle cells. This, in turn, triggers the foam cell forming and deposits of connective tissue cells and other elements.

Still another theory under investigation is focused on possible viral or bacterial cause for atherosclerosis. The advent of this theory has been prompted by the recently found evidence of Chlamydia pneumonia infection in the diseased artery’s plaque.

Although the cited concepts of atherosclerosis seem to have some merit, they tend to suffer from one common deficiency – all of them consider the atherosclerotic disease as a localized phenomenon that is confined in time and space to some site or segment of arterial infrastructure. However, it appears more plausible that atherosclerosis constitutes a local vascular manifestation of a systemic disease, which is associated with some biomolecular and metabolic imbalances and aberrations resulting from the accumulated exposure to ecological, viral, hereditary as well as dietary and other lifestyle factors. 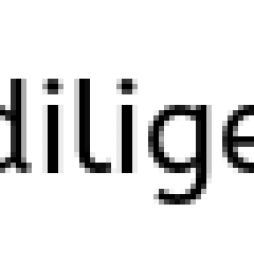 Due to largely asymptomatic character of early peripheral atherosclerosis (intermittent claudication, which serves as a primary reason for consulting with a physician, typically occurs in advanced stage of the disease) the available epidemiological data on this vascular disorder are arbitrary and inconclusive. The American Heart Association in its official guidelines on the management of peripheral atherosclerosis states that it afflicts about 5% of all men and 2% of all women aged 50 or older – which adds up to roughly 4.0 million patient caseloads. At the same time, other AHA publications assert that peripheral arterial disorders accompany at least 50% cases of the coronary artery disease and are being discovered in about the same share of all post-mortal exams. On their part, the industry data on the U.S. prevalence of peripheral arterial disease are ranging from 3.5 million cases at the lower end to as high as 25-35 million. Finally, experts in the field generally agree that symptomatic peripheral atherosclerosis affects approximately 8 to 12 million Americans, with about 2.0 million cases of clinically significant cases warranting intervention being diagnosed annually. There are some signs that the incidence of atherosclerosis has been rising during the last decade, reflecting both the aging of the population and continuing expansion of the patient caseloads afflicted by the diabetes, hypertension, and obesity. Arterial vessels of the lower extremities constitute both the most common sites of chronic peripheral vascular occlusions caused by atherosclerosis, and the primary target for interventional treatment with the use of percutaneous transluminal angioplasty (PTA) and stenting techniques.