In response to my Wall Street Journal editorial, David Williams claims that my proposals would raise Medicare’s costs, not lower them.

In response to my Wall Street Journal editorial, David Williams claims that my proposals would raise Medicare’s costs, not lower them.

I believe that all these outlets can accept Medicare patients right now, but most do not because Medicare’s fees are too low. Since the prices these outlets charge have been mainly determined by cash-paying patients, they are real market prices. And, since they are lower than what Medicare would have to pay at a primary care physician’s office or a hospital emergency room, I argued that Medicare would actually save money. 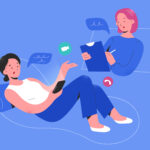 When Medicare adds services, it tends to increase costs, not reduce them. Case in point: it’s cheaper for Medicare to pay for home care than to pay for someone to be in the hospital who can’t go home and take care of himself. But add a home care benefit to Medicare and suddenly everybody opens a home care operation and finds ways to bill Medicare. Do the hospitals get less crowded? No.

He argues the same would be true of walk-in clinics, telephone consultations, etc.

Let’s suppose for a moment that David is right. What would that mean?

It would mean that under the current system a lot of seniors aren’t getting care they want because of non-price rationing, probably mainly rationing by waiting. Reduce the waiting time and make care more convenient and they would get more care. But if this is true, it is not a good feature of the current system.

I previously reported on a finding that for some Medicaid patients the time price of care is a greater deterrent than the money price of care and I speculated that this may be true for low-income people as a group. It may also be true for a lot of non-poor people.

If so, we can improve health care and improve everyone’s wellbeing if we give people a choice: let them have the opportunity to get care that is rationed be price as an alternative to rationing by waiting.

Instead of paying the full price at the Minute Clinic, for example, Medicare might pay half price and allow the patient to pay the other half. Such an option would give seniors the opportunity to pay out-of-pocket in order to economize on time as opposed, say, to long waits for free care at the emergency room.

I confess that I don’t know what the result would be, but I am sure that there is no good reason to continue with the rigidities of the current system. By experimenting, I am confident that it wouldn’t take long to find an approach that will improve care, improve the wellbeing of patients and their families and lower the taxpayer burden in the process.

David also objected to Medicare’s paying for concierge doctor services. I disagree with him there as well. But I’ll save that issue for another day.

By signing up, you agree to our Terms of Use and acknowledge the data practices in our Privacy Policy. You may unsubscribe at any time.
JohnCGoodman August 12, 2011
Share this Article
Facebook Twitter Copy Link Print
Share
Previous Article Smoke? Overweight? High BP? You Are More Likely to Have Cognitive Impairment Later in Life
Next Article Florida Governor Rick Scott Pays $360 a Year for State Health Insurance