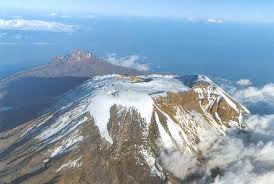 Recently my wife and I climbed Mount Kilimanjaro in Africa. We saw the beautiful pictures in the National Geographic brochure and never thought twice – it looked like fun, we were going! We didn’t train for it, didn’t even given it much thought except for the shopping for cold-weather equipment.

It was a grueling eight-day slog in rain, hail, snow, slippery mud and treacherous rocks. It was bone-chilling cold regardless of the heavy clothes.

And yet, everyone in our group of fifteen made it. Some had second thoughts at 13,000 feet. Everybody experienced extreme pain; knees were screaming with agony, quads were quivering from exertion, lungs were gasping for oxygen- but nobody quit.

What kept us going? In a word: Resilience.

The science of resilience

It’s hard to define resilience. The American Psychological Association definition of resilience is “the process of adapting well in the face of adversity, trauma, tragedy, threats or even significant sources of threat”. Leaves a lot to be desired in terms of precision and clarity. What sort of “process”? What exactly is “adapting well”? As well as could be expected? Completely without a trace?

Resilience is not limited to withstanding physical stress only. Every soldier, every rape victim, every abused child who is psychologically functioning well is resilient. Their counterparts, the ones who did not bounce back, are now defined as suffering from PTSD, depression, phobias.

What makes one person unaffected by trauma and the experiencing a lifetime of horror? As we say when we don’t have a simple answer –it’s a good question.

Genetic factors play an important role. Twin studies (Nat. Rev. Neurosci. Vol.10, 446, 2009) have estimated a 32 -38% heritability of PTSD. But that’s not where the influence of genetics ends. Parental care (positive or negative) can become heritable through epigenetic mechanisms. This refers to the non-genetic changes in gene expression through methylation of genes, or their regulators. Thus the influence of child abuse may not be limited to the victim; his or her genomes have been altered and transmitted to their offspring.

Is it all in the genes? Definitely not.

Developmental risk and protective factors have an enormous impact on brain development and on shaping neural circuits that regulate future responses to stress and adversity. Repeated episodes of child abuse can lead to “learned helplessness” and can cause exaggerated emotional, behavioral, sympathetic and hormonal responsiveness to future stressors, even in adulthood (Science, vol.338, 79, 2012).

On the other hand, mild to moderate stressors can have a “steeling effect” on the individual.  A child who is exposed to moderate stress by her friends, or a student who is taking periodic evaluation tests, builds up coping mechanisms to deal with them. And they will served well in facing future stresses in adulthood.

How do you build up resilence?

Let me share some personal experience. During my tenure at UCSF I was teaching Biochemistry to first-year students. There was always a certain group of students who, when taking a test, would freeze up, sweat profusely and blow the test. Now, these were not dumb students. Talk to them in a non-threatening environment (such as my office) and you discover that they have mastery of the subject matter. So I ran a small experiment; I started giving the class weekly non-graded quizzes. The problems were not easy, but there was no threat of a bad grade; in fact no grade, except my comments and suggestions for improvement. The “sweaters” stopped sweating, nobody froze up. A couple of weeks later I introduced grades, but with the assurance that they are meant only for self-assessment and will not count in determining the final grade. Again, nobody got rattled. Finally, grades on the subsequent quizzes were to count for only 20% of the final grade; again, no real problems. And the stressful final? As you could guess, the group that couldn’t take the stress at the outset was “immunized” to the test stress.

The same technique is being used in treatment of PTSD. Soldiers returning from Iraq and Afghanistan are exposed to IED attacks, to sounds of explosions, to getting ambushed –but all of it in a simulator. The first exposures are usually traumatic and are terminated at the first sign of trouble. But slowly the subjects build up “immunity” to the triggers that set off the response.

Phobias can also be treated this way: repeat the anxiety-provoking experience, in progressively escalating “doses”.

So what accounts for fifteen non-athletes making it to the summit of a 19,360- foot high mountain despite horrendous conditions? I haven’t interviewed in depth every member of the group. But after 8 days of struggle on the mountain and living together in close quarters, one can get a fairly good idea who your fellow travelers are. They were all “normal”, nothing remarkable. But they were all resilient. They faced the adversity knowing that however tough the challenge –they can make it. You look around and you see the other fourteen, people just like you, determined to reach the summit. It gives you enough confidence in your own resilience.

So in summary, genetics is only partially responsible for resilience. Your upbringing, your life experiences, and your social support system are just as important. Or probably even more so.

The post Resilience appeared first on The Doctor Weighs In.