Sen. Mark Kirk, Republican of Illinois, suffered a debilitating stroke on Monday, a tragedy for him and his family. Ironically, it occurred on the eve of one of the more important Medicare meetings of the year, which convened Wednesday at the Baltimore headquarters of the Center for Medicare and Medicaid Services to discuss the best ways to prevent strokes in at-risk older adults.

Sen. Mark Kirk, Republican of Illinois, suffered a debilitating stroke on Monday, a tragedy for him and his family. Ironically, it occurred on the eve of one of the more important Medicare meetings of the year, which convened Wednesday at the Baltimore headquarters of the Center for Medicare and Medicaid Services to discuss the best ways to prevent strokes in at-risk older adults.

Kirk, only 52, is reportedly asking for his Blackberry from his hospital bed, a good sign. He was stricken at an age when strokes are relatively rare and survival likely. But two-thirds of the 829,000 people who suffer strokes each year are over 65, and 85 percent of the 136,000 deaths each year from stroke are among that Medicare-eligible population.

No wonder that CMS, which pays the health care bills for the nation’s 45 million seniors, is concerned. The cost of treating the nearly half million Medicare beneficiaries who survive a stroke each year is staggering. It’s not just the hospitalizations, which can last a week or more, but the long-term rehabilitation and care. Many stroke victims are permanently disabled. Preventing strokes can be very cost-effective.

Physicians have long wondered how to prevent strokes. Sometimes there are warning signs: slurred speech, or the sudden loss of eyesight in one eye. People with chronic hypertension and under high stress or who are obese are clearly at risk. Nearly a century ago, medical scientists noticed that strokes were often preceded by a narrowing of the carotid artery that feeds the brain. As imaging technologies evolved, it became possible to identify people with severe plaque build-up.

Technologies to reduce blockages soon followed. Drug treatment became possible with the development in the 1950s through 1980s of blood thinners and new drugs to lower blood pressure and cholesterol. Surgeons developed an operation to clean out that major artery called carotid endarterectomy.

And then, in the late 1990s and early in the last decade, the medical device industry developed carotid stents to prop open the crucial blood vessel leading to the brain. Though more expensive, physicians and hospitals increasingly used the procedure, and performed it on asymptomatic patients deemed at risk because of the plaque seen in imaging studies.

Now imagine you’re a person identified by your physicians as being seriously at risk of a stroke because of blockage in your carotid artery, even though you have no overt symptoms of disease. Which of these technologies, if any, should you use? While there isn’t clear cut medical evidence for you or your doctor, there are clear cut risks from the operations.

That’s not what people thought a half decade ago. Pushed by manufacturers like Abbott, Boston Scientific and Medtronic and intervention cardiologists, Medicare approved payment for the stenting procedure in 2004 despite the absence of solid clinical trial evidence. Use quadrupled in the next two years to more than a thousand operations a month as its use expanded to asymptomatic patients.

Meanwhile, the use of the older and less expensive carotid endarterectomy procedure declined, at great cost to Medicare. A study that will be presented at Wednesday’s meeting by the Society for Vascular Surgery – they back endarterectomy, of course – claims the stent procedure costs $12,000 to $13,000 more “due to equipment and instrumentation.”

Stent manufacturers continued to push their favored approach at the meeting. The two procedures “have similar net outcomes, and they are comparable alternatives,” Charles Simonton, chief medical officer for Abbott Vascular, said in his written presentation, which was released earlier this week. He called for a “personalized approach” and expressed confidence that either procedure was “superior to best medical therapy (drugs) alone,” even though no clinical trial comparing the various approaches head-to-head has ever be done.

Despite the Blue Cross technology assessment, the advisory committee voted that there wasn’t enough evidence to provide a clear answer on what is the best treatment — surgery, stents, or medication — for Medicare patients with carotid plaque-buildup. That’s not what a recent editorial in the Archives of Internal Medicine said. Written by Seth Berkowitz and Rita Redberg of the University of California, San Francisco, the cardiologists raised serious concerns about the rapid increase in use of the pricey carotid artery stents.

Men over 70 fared worse with stenting, as did women in all age groups, they wrote.  Asymptomatic patients, who are at much less risk of having a stroke in the first place, shouldn’t get the operation at all given the heightened risk of stroke and death from the procedure. “Future trials may show that carotid stenting reduces the morbidity and mortality caused by cerebrovascular disease in asymptomatic patients,” Berkowitz and Redberg concluded. “Until then, however, carotid stenting . . . gets a ‘Less Is More’ designation because it has definite harms but unclear benefits.” 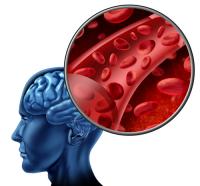 Stroke Before 50 Not Good for Long 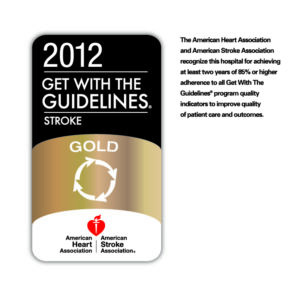 On Monday, July 16, Northwest Hospital officially celebrated its receipt of the

Stroke Awareness at the Forefront in May

We probably almost all know of somebody who has had a stroke. According