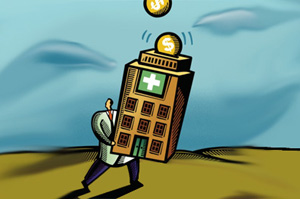 Some Hospitals, Physicians Dropping Out of Government EHR Program The 2009 HITECH Act authorized billions of taxpayers’ dollars be spent to pay hospitals and physicians “incentives” to adopt EHRs.

The 2009 HITECH Act authorized billions of taxpayers’ dollars be spent to pay hospitals and physicians “incentives” to adopt EHRs. The Congressional Budget Office estimates that the total tab will be $30 billion from 2011 through 2019. The Government Accountability Office has just reported on the results so far.

Not surprisingly, with so much money being spent, there was a lot of uptake: 45 percent of eligible hospitals had EHRs in 2011, versus 64 percent in 2012. For physicians and allied professionals, the share went up from 21 percent to 48 percent. However, the high net adoption rate disguises significant drop outs:

Why the churn? Hospitals and physicians did not get paid just to buy EHRs and leave them in a closet. They had to demonstrate “meaningful use.” However, we are still in stage 1 of meaningful use, which demands only that 30 percent of patient records be entered by computerized order entry.

Stages 2 and 3 have much higher bars, which providers are unlikely to fulfill. The GAO notes that only 15 percent of professionals reported on an optional stage 1 measure to provide a summary of care document at each care transition or referral. This document is mandatory for stage 2. In other words, the EHR meaningful-use incentives have caused providers to execute inputs in return for money, but not outputs.

It looks like the federal government is churning through $30 billion to incentivize hospitals and physicians to invest in EHR software suites that many use for a year and then abandon. 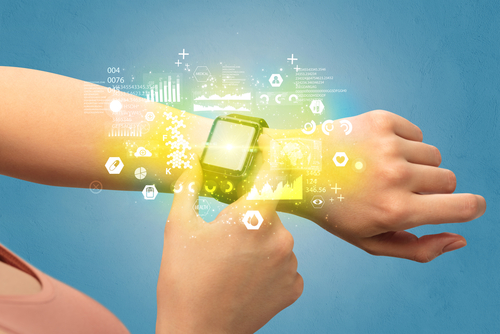