Why do some people become convinced that vaccines are harmful and unnecessary?  Because of this oddly prevalent belief, public health officials have the important task of convincing the general U.S. population that vaccines are, in fact, necessary.  Moreover, they happen to be in a position to educate society in how to discern between faulty logic and solid evidence.  In this day and age, it almost seems as necessary to combat false and misleading information as it is to illustrate scientific data.

Why do some people become convinced that vaccines are harmful and unnecessary?  Because of this oddly prevalent belief, public health officials have the important task of convincing the general U.S. population that vaccines are, in fact, necessary.  Moreover, they happen to be in a position to educate society in how to discern between faulty logic and solid evidence.  In this day and age, it almost seems as necessary to combat false and misleading information as it is to illustrate scientific data.

Public health has, over the last several years, been a source of controversy.  Depending on who you ask, public health officials are either important civil servants who impart vital information and offer crucial, life-saving services or they are brainwashed slaves of the government doling out poisonous vaccines and disseminating lies.  Of course, it’s partially due to the overabundance of information that we’re in the mess we’re in, in terms of widespread conspiracy theories being as prominent as they are; however, the breadth and depth of data that is available to the public has truly transformed what we are able to visualize and represent, in spatial terms.

One of the misconceptions that could use combatting, amazingly, is the very notion of medical doctors as being less trustworthy than shamans, healers, or holistic health workers.  One problem with this notion is the wholesale dismissal of preventative vaccines.  According to a recent article on Business Insider, “Without current vaccines, approximately 42,000 of the 4.1 million children born in the U.S. in 2009 would die early deaths.”  In other words, vaccines save many children’s lives!  However, due to faulty logic and lack of critical thinking, an unusually large number of people still believe that vaccines are linked to autism, even though that connection has since been debunked.

Although measles was declared eliminated in 2000, the disease still exists in the U.S.—most notable was the 2015 outbreak at Disneyland in Southern California.  It’s concerning that there were almost 200 people as well as 24 states affected last year.  That fact alone places the urgency of vaccination into a decidedly sobering light.  Two other vaccines that have ongoing importance are the influenza vaccine—otherwise known as the flu shot—and the vaccine for pneumococcal—tied to pneumonia, meningitis, and various ear and sinus-related infections.  And there’s the newly successful Human papillomavirus (HPV) virus, which is responsible for reducing the prevalence of HPV by 64% in the U.S.

Despite the urgency of science-based medicine and critical thinking, a holistic approach to health and wellness is generally respected by proponents of Western medicine, as long as it’s classified as a preventative or supplementary approach.  One example of the two traditions joining forces is a dual-degree program for a naturopathic medical degree (ND) and a master’s degree in public health (MPH) or in health services administration through University of Arizona’s Mel and Enid Zuckerman College of Public Health and the Southwest College of Naturopathic Medicine (SCNM).

News of the merger was met with mixed reviews, with some people accusing the University of Arizona with capitulating to quackery, or pseudoscience.  That’s right, you probably didn’t hear it here first, but there are some forms of natural medicine, such as homeopathy, that have proven to have little effectiveness or measurable medical benefit—unlike vaccines.  According to the World Policy Blog, “In the past 35 years, the world has been afflicted by more than 32 new diseases that had never previously been reported in humans, such as hepatitis C, avian influenza and Zika.”  TL Andrews’ article poses the serious question of whether we’re going about combatting diseases all wrong, concluding that, although vaccines are medically sound, we will need to change our approach to public health in developing countries as well as the way we create and distribute vaccines.  This is because the basic infrastructure in many poor and developing countries needs to be strengthened first, in order to prevent these diseases from spreading, in the first place.

In other words, prevention is key, whether referring to ordinary stress or the onset of diabetes.  However, the application of natural remedies and treatments are not medically advisable in the face of serious diseases such as cancer.  There are a number of scathing assessments decrying naturopathy’s lack of scientific credibility, and—I admit—I was surprised to learn that some commonly discussed afflictions that I’ve heard of in certain circles—such as Candida or ‘adrenal fatigue’—apparently lack any scientific evidence of actually existing, in terms of being treatable medical conditions.

To be clear, there is quite a bit of wiggle room in the grey area between Western medicine and homeopathy.  A number of natural practices such as yoga and acupuncture have yielded extraordinary results that end up being comparable to drug-based therapies.  Science-based medicine—which necessarily includes prescription drugs under its umbrella—is full of treatments that ultimately prove to do more harm than good.  Many prescription-based treatments end up being more beneficial for drug and insurance companies than the patients whom they supposedly aim to treat.

One thing is clear, however: vaccines have been overwhelmingly successful in reducing the existence of a large number of viruses, diseases, and medical conditions—from measles to diphtheria to Haemophilus influenze disease.  It is because of trial and error and the proven effectiveness of the scientific method that we have cures for these once-rampant conditions.  The next time you hear an ‘anti-vaxxer’ try to convince you that the MMR vaccine causes autism, or that vaccines don’t really work, show them some of the evidence to the contrary.  It’s comforting to know that there’s a difference between faulty logic and critical thought, between science and pseudoscience.  All we can do is educate ourselves about the difference between truth and fabrication, without allowing the over-abundance of misinformation to overwhelm us. 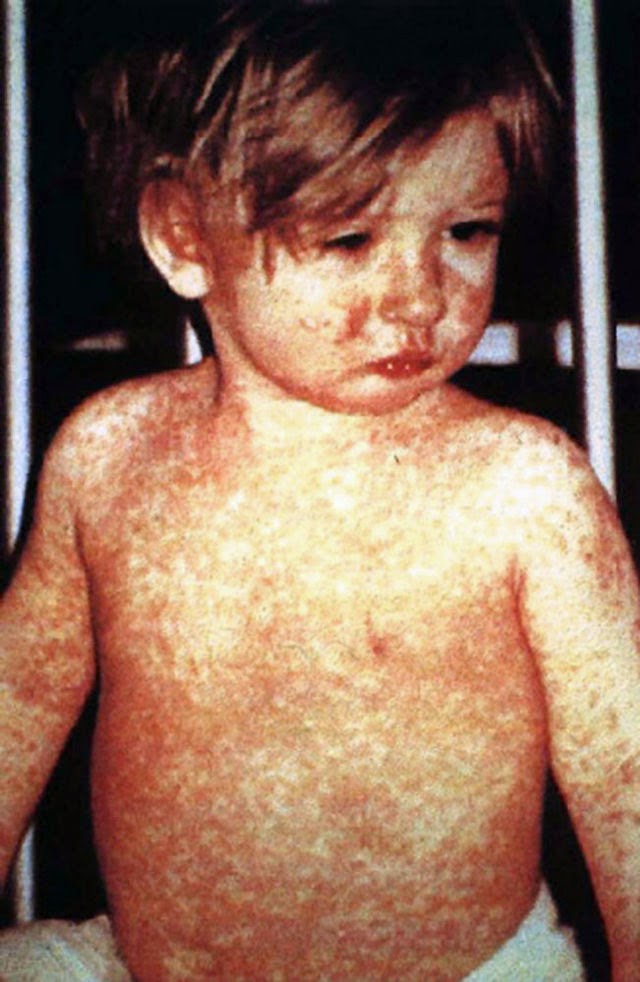 It’s been amusing to watch Rand Paul, a doctor, trying to ‘clarify’ comments he