Out of all the benefits of vitamin D, the ones that stand out most are those related to bone health, immune system effects and possible benefits to cognition. In this case, bone health is defined as reducing fractures and falls in the elderly while improving bone mineral density.

Out of all the benefits of vitamin D, the ones that stand out most are those related to bone health, immune system effects and possible benefits to cognition. In this case, bone health is defined as reducing fractures and falls in the elderly while improving bone mineral density.

Vitamin D is said to promote bone health secondary to helping bone cells ‘mature’. Since they proliferate in their early stages, this means that their proliferation is suppressed.  Then they start to accumulate minerals, which then create the actual bone matrix. This increases the amount of minerals in the bone, and thus the bone mineral density, causing the bone to become more rigid and harder to break.

Now, when we think of supporting bone strength there are two types of people who come to mind. One group is the elderly, and the other are non-elderly adults due to their propensity to break bones. In the case of the elderly, while they may not be doing anything strenuous they could risk a fracture merely by falling onto the ground and thus preventing either the fall or the bone breaking is very important.  For non-elderly active adults, who will just refer to as ‘adults’ from now on, they tend to participate in strenuous physical activities that are incredibly stressful to the body and skeletal structure.

In active adults, supporting bone mass beyond normal levels will reduce incapacitation either on the field (for athletes) or in the field (for military personnel) and thus is very important; this article is focused specifically towards what the science has found when assessing active adults.

When looking at adults, we have two studies conducted in military personnel, one in male recruits with an average age of 19 (Source) and the other in female recruits (Source). These studies measured serum vitamin D concentrations (and did not intervene with supplementation) and measured how frequently fractures occurred in both groups.

When looking at the highest level if vitamin D status (50ng/mL or above; seen as ‘optimal’ range by supplementers) versus the lowest (less than 20ng/mL; seen as deficient) it was found that those with optimal levels were at half the risk of getting a fracture at any time during the experiment.

Note: Scientific studies sometimes refer to adults as ‘youths’.  Usually there is the term ‘elderly’ to refer to persons over the age of 65 while the term ‘youth’ is reserved for anybody who is not elderly. In some instances you will get ‘middle aged’ (for the 35-64 bracket) but if not then ‘youth’ merely refers to everybody under 65 or some age bracket that is otherwise specified. In vitamin D trials, it tends to be between 18-44 that is considered ‘youth’.

Despite the promising literature above, there is only one actual intervention. This study (Source) investigated female military personnel given 800 IU vitamin D paired with 2,000mg calcium over 8 weeks, and it appeared that supplementation reduced the occurrence of fractures by 21% relative to placebo.  While a promising result, we need to keep in mind that calcium is a confounder here (and it is known to reduce fracture risk in females by itself) and that 800 IU may be a low dose and underestimate the benefits of vitamin D.

Why is there so little research on Vitamin D and bone health in non-elderly adults?

While the following is speculation, it is based on how science ‘works’. Studies need funding, and in order to get funding from a third party to pay for your study (the participants, the measurements, the supplements) you need to prove that your results would actually benefit society. There is only so much money to go around, and if two studies are in competition for funds then the one with the potential for much more benefit to society will get funded.

This is why there is a ton of literature on vitamin D and bone health, but next to none when we control for active adults. The main social problem that vitamin D is ‘solving’ is that supplementation of vitamin D in elderly persons can reduce the risk of falls. Since this can potentially save many lives and reduce hospital costs, it has priority in research and is where most research lays.  We’ll look at Vitamin D and it’s impact on bone health in the elderly in a future installment. 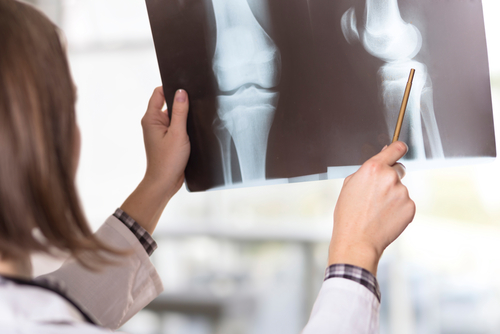 How To Take Care Of Your Bone