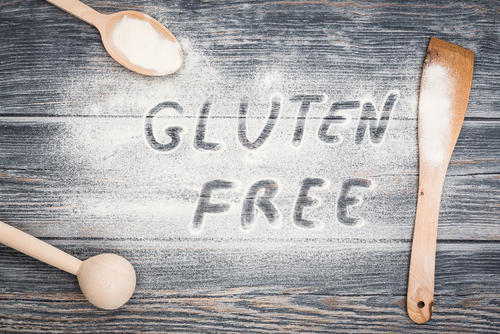 What is coeliac disease, and can it affect your life insurance?

There are a fair few myths about coeliac disease. Contrary to popular belief, it is not an allergy or intolerance to gluten; instead, the condition is an autoimmune disease where consuming gluten results in damage to the small intestine’s lining.

Coeliac disease is also much more common than is often realized. As revealed in statistics shared by the charity Coeliac UK, the disease affects one in 100 people in the UK, and research suggests that about 500,000 people unknowingly have the condition. So, would their eligibility for life cover be under threat?

A closer look at coeliac disease

Before answering the question about life insurance, let’s return to the subject of what coeliac disease actually is. You might have seen occasional references to it in the press — such as when Sharleen Spiteri, the lead singer of the rock band Texas, reported suffering from the condition.

Spiteri was diagnosed with coeliac disease in 2014, and claimed a few years later in words since quoted by the Express: “I’d always had problems, but my energy levels were getting lower and lower and my friend Mary said, ‘Look at food’.”

Spiteri continued: “The doctor told me that gluten was killing me, I came off it and it changed my life, like, bang! Suddenly, my head was clear. My hair had been falling out and I kept dropping things, and I thought I had early onset Parkinson’s.” However, she felt “brilliant” after dropping gluten from her diet.

The science between coeliac disease

In the body of someone with coeliac disease, gluten is treated as an antigen and consequently attacked by the body’s immune system. Gluten is found in wheat and other grains — and, once in the body, prompts it to turn on itself and inflict damage to the small intestine.

Examples of complications associated with coeliac disease include diarrhoea, anaemia and osteoporosis. However, by switching to a gluten-free diet, sufferers of the disease — which is currently incurable — can help to manage its symptoms as well as prevent long-term complications of the disease.

As long as gluten is kept out of the person’s diet, the gut will be able to heal. Reintroducing gluten to this diet would lead the gut lining to incur damage once again.

The coeliac disease symptoms vary from patient to patient. However, suppose you are experiencing the majority of the following symptoms. In that case, it is essential to consult a medical professional for an official diagnosis:

Would coeliac disease have implications for your life insurance?

It’s a simple equation: the worse your health is when you apply for life insurance, the more expensive the premiums you would have to pay for this cover — if, indeed, the insurer is willing to grant you it at all.

However, the longer you keep away from gluten and the healthier your gut as a result, the less likely it is that a life insurer would deem you a major risk simply for having coeliac disease. Life Insurance Blog notes that, most of the time, coeliac disease does not pose a risk for an early death.

Your employer might even be able to opt you into a group life insurance policy, enabling you to even further save on the cost of obtaining life insurance.

Coeliac disease is a life-long autoimmune condition. Therefore, the insurance company will offer the same premium to clients with no health conditions. However, the premium will factor in coeliac disease severity and whether the medication curbs the symptoms.

The premium is likely higher if the patient is repeatedly hospitalized for coeliac disease. At this point, the insurer will ask for further details to determine the accurate premium rate. In other words, life insurance premiums will vary according to who you speak to.

The insurer will study your condition in extensive depth during the life insurance registration phase. Factors include current treatment plan, future diagnosis, the severity of the disease and symptoms and the medical report attached to the application.

Coeliac disease affects the digestive tract, nutritional intake, and hormonal imbalance. Therefore, it is imprudent to think of your loved ones and build a robust insurance plan that guarantees future peace of mind while your health deteriorates. Closely working with the insurer and medical professional is strictly advised.