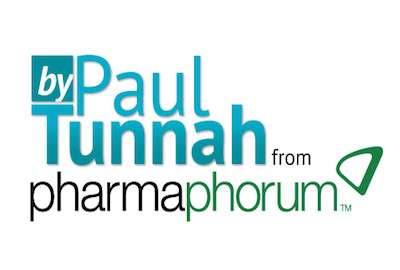 When Is Social Media Anti-Social?

Social media is all about sharing, right? Sharing ideas, information, pictures, jokes, gossip and, of course – questions – based on the premise that the wisdom of the crowd will inevitably lead to the best answer.

Social media is all about sharing, right? Sharing ideas, information, pictures, jokes, gossip and, of course – questions – based on the premise that the wisdom of the crowd will inevitably lead to the best answer.

If you boil it down to the basics, the best way to answer any question is with the most robust information put in front of the most experienced people, leading to the most informed, and therefore accurate, opinions on the solution. While it all sounds good in principle, the journey to the best solution often involves input from very differing schools of thought. And for some of the more complex questions, the answers are not immediately obvious, leading to quite heated debates over which opinion is right and wrong.

This is why good social media channels have clearly articulated rules around how you can engage, normally based around some basic principles, such as:

But it’s not always that simple in reality – something which was reinforced to me in a discussion with a friend of mine who had just been booted out of a LinkedIn group. I’ll spare the specific details to protect the innocent, but suffice to say that while he’s not afraid to make his opinions known, he is not the sort who will flagrantly breach these rules, or go out of his way to upset anyone.

The challenge therefore, is that ‘grey’ area between someone having a strong, but opposing opinion to others, and crossing the line of deliberately causing offence. I say ‘deliberately’ quite, err, deliberately as, quite frankly, we all get a little hot under the collar when someone vehemently disagrees with us. The even bigger challenge is, as I suspect may have happened in this case, that the ‘offending’ opinion voiced is contrary to that of the people making the rules for the discussion – the moderators.

It’s a tricky one. As a moderator myself, I know that finding the right set of rules is hard enough, but enforcing them in a pragmatic way is even harder. Also, as a group grows more popular, enforcing them also has to be a time-efficient process, which can limit pragmatism.

It’s also a debate that cuts to the very heart of ‘free speech’, in the much broader context of how the online world is shaping up. I’m thinking of Google being forced to remove links to protect the rights of people offended, or feeling misrepresented by them.

Democracy, it seems, is being tested on the internet.

So, as avid social media users, what is our role in this?

Simple – we should be using these channels to have exactly this debate. Where do we draw the line between democratic disagreement and acceptable levels of free speech, versus inappropriately offending people? Where is that line when it comes to embracing multiple different viewpoints as part of the journey to finding the best crowd sourced answers? And are those two lines in the same place, or do we have to accept that to find the best answers, we have to have a level of honest conversation and diverse opinion that is inevitably going to upset someone?

Perhaps we should all remember the popular saying, “you can’t make an omelette without breaking a few eggs”.

I’m really interested to hear people’s thoughts on this one. At what point does a strong advocate of their opinion become a troll? And at what point does a staunch defender of theirs become a victim? And perhaps the biggest question of them all – is the quick-fire nature of social media, combined with the lack of non-textual communication cues, making us all intolerant, grumpy and anti-social?

Now there’s a question I’m sure you’ll all disagree on. Just do it nicely please.