I am, admittedly, a Muppets fanatic.

From the original Muppet movie to the new HBO-fueled Sesame Street, I delight in all the wonder and genius of Jim Henson’s incredible legacy.

So there was no question of how my Tuesday nights would be spent once I learned that a new, rebooted Muppet Show was returning to television.

For those who haven’t checked it out, the new show has all the classic trappings of Muppet mayhem—along with some new characters and more adult sensibilities.

I am, admittedly, a Muppets fanatic.

From the original Muppet movie to the new HBO-fueled Sesame Street, I delight in all the wonder and genius of Jim Henson’s incredible legacy.

So there was no question of how my Tuesday nights would be spent once I learned that a new, rebooted Muppet Show was returning to television.

For those who haven’t checked it out, the new show has all the classic trappings of Muppet mayhem—along with some new characters and more adult sensibilities.

The highlight for me is the Muppet-character “Chip—the IT guy,” as he always introduces himself.

Even without hearing him speak, it is easy to peg Chip as the quintessential IT stereotype: oversized (and extremely magnifying) glasses; an unkempt mop of hair; an expression of either permanent surprise or general zoned-outedness; and an appropriately blue-collar (literally) uniform, designating him not as a star, but as one of the background characters who keeps things running for the real showmakers.

This, more or less, is how the entire IT field has been viewed and treated by other professionals for much of their short history as a department within larger organizations. Healthcare, naturally, is no exception: doctors are the stars, while IT personnel can, at best, keep out of the way and quietly do whatever it is they do behind the scenes.

As many other organizations are realizing, this is no longer practical or effective—to say nothing of the fairness of marginalizing IT staff. For American healthcare, this reality is taking much longer to sink in.

Such cultural divisions have evolved into a class system in many large health organizations: the long-stagnant culture of healthcare simply doesn’t leave room for collaboration—even though, to abuse the cliché, collaboration is just what the doctor ordered.

Jay Halfond, former Dean and professor at Boston University, presents innovation and stagnation as opposing forces in any organization.

“Tipped too much towards one side or the other, either stagnation or anarchy results – and disruption leads to destruction,” he explains. “Since neither stasis nor chaos is sustainable, responsible leadership seeks and protects a balance of the innovative and prudential.”

Surviving this period of top-down disruption and mandated transformation has driven many health leaders (and practitioners) to cling to the prudential—that is, to oppose the apparent avalanche of innovation and ally instead, more or less, with business as usual.

The biggest breakthroughs in application are not clinical so much as they are technological—informatics bringing Big Data into the model; wearables are making remote monitoring a more robust option; telehealth is not only possible but, under emerging law, a necessary component of insurance coverage; and so on.

As such, the battle between stagnation and chaos has manifested in healthcare as a duel between traditional clinical workflows, and a tech-dominated model that puts doctors in the role of marginalization.

In this way, the void between HIT and clinical practice is obstructing implementation and evolution of EHR systems, impeding the emergence of high-tech applications in medicine, and undermining a nationwide effort to put value ahead of volume in care delivery.

Consider the still-open wound that is EHR adoption.

Programmers and developers need clinical input—that much has been clear from the beginning. Enterprise platforms that simply force end users to transform their entire workflows are clearly not the best possible path to go digital. Customization and user-friendliness requires developers, IT departments, and clinicians to get—and stay—on the same page.

The interoperability gauntlet comes from a similar disconnect. Data is segmented according to department, specialty, or practice group and, absent more aggressive incentives, languishes in these silos. Disparate platforms lack the architecture to seamlessly transmit their data; their proprietary structure continues to obstruct intra-organizational sharing and communication.

The official announcement that Meaningful Use is dead could be seen as a sign that, rather than forcing clinicians to adapt to unwanted or cumbersome new technology, the focus is being put back on doctors being doctors. But tracking and supporting outcomes in the new century is not simply a matter of retreating into medical models codified in the 1900s; IT is an expectation of patients, and one they are increasingly demanding. Equipping clinicians to meet this demand means closer cooperation with IT staff. Both must accept that they can do better by collaborating than by reinforcing the barriers between them.

It is neither party’s fault (not entirely) that they are dismissive of one another, or simply isolated within and between their respective organizations. But that clearly has to change. The future of healthcare is intertwined with technology: clinicians and HIT staff need each other now. The nature of value-based incentives and performance metrics means that their goal is the same.

On the new Muppet Show, Chip the IT Guy slowly evolved from a background character to a speaking part to something just shy of a feature player. HIT professionals are not destined to supplant clinicians, nor will they be the source of every innovation or solution. But they will supplement, one way or another, how care is provided going forward.

They are part of the permanent cast now. 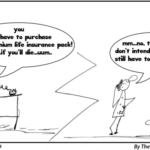 Why Telemarketing for the Medical Device Industry Deserves Ridicule
Next Article Health Literacy: The power of infographics for patient safety