Dementia is most commonly described as memory loss, but in fact, the term dementia encompasses a group of various symptoms including memory loss. In simple words, dementia can be described as the deterioration of mental and cognitive skills to a severe enough extent that it interferes with an individual’s day-to-day life.

In addition to memory loss, some of these functions include loss of focus, visual interpretation and perception, problem-solving, self-control and management, slurred language, and problem-solving. Cases differ from person to person with showcased symptoms depending on the severity of the illness. Since every case of dementia is experienced differently, consider getting the help of experts as soon as possible from professionals like Assured Assisted Living.

One key to having a better quality of life for dementia patients is establishing healthy patterns around sleep and eating. However, before we explore these routines, let’s consider some important details about how dementia and Alzheimer’s disease work.

Approximately 60 to 80% of dementia cases presented are due to Alzheimer’s disease. The second most common type of dementia is vascular dementia, i.e., the one that normally follows the occurrence of a stroke.

Dementia starts presenting with signs and symptoms as the nerve cells in the brain stop functioning and lose connections with other neurons. This progressive nerve cell death is a natural part of the aging process, but in the case of people with dementia, the nerve cell damage is much greater. Although the signs and symptoms of dementia cannot be limited, there are however certain functions that are impaired significantly for the case to be classified under dementia. These include:

Short-term memory is a common presenting sign that most cases experience, for example, keeping track of day-to-day activities. The progression of this illness is such that symptoms gradually get worse. Early signs and symptoms are normally the hardest to point out, but they are the ones that need to be carefully recognized and monitored.

In addition to these, the person affected might also exhibit specific psychological and personality changes such as:

When it comes down to what causes dementia, there is more than one reason. Dementia is a result of brain cell damage. Once damaged, brain cells lose their ability to communicate with one another and thus result in impaired activity such as thinking, behavior, emotions, etc. The brain is an organ that is divided into different parts; each assigned to carry out a specific function. Depending on the area affected, the outcome is such that the activities that come under the functions of the said part, will not perform properly. The different types of dementia are each associated with damage to a particular site of the brain.

The most common causes of dementia include:

Sleep and dementia share a rather complicated relationship that varies case by case. The effect of either one on the other continues to be a dilemma for researchers. While the mechanism still remains a mystery, there is an obvious pattern between the two. Sleep disorders are a common finding amongst the elderly particularly insomnia. In addition to insomnia, the elderly are often reported to experience one or more of the following disorders namely:

The most common presenting sleep disorder symptoms exhibited in the elderly are collectively termed as sundowning. Sundowning encompasses daytime sleepiness, confusion, agitation, and a general loss of attention and focus. Progressively less REM sleep is common in the majority of patients with dementia. The two regions of the brain responsible for monitoring sleep cycles are the basal forebrain and the reticular formation of the brainstem. Both of these are affected by the neuron damaging effects of dementia thereby resulting in disturbed sleep.

Coming down to diagnosing sleep disorder in dementia patients, the process is quite tricky, to say the least. Normally sleep disturbance is classified into 5 categories namely:

By attending to the problem, the affected individual can move towards betterment or if not betterment, prevented from further damage. Treatment for sleep-related disorders in dementia patients is just as tricky as coming up with a definitive diagnosis. Attempting to improve sleep-related issues is what one must strive for.

What we eat has a direct impact on our brain health and thus mental wellbeing. A healthy diet is essential if one is to maintain their health. With dementia patients, loss of appetite is a common finding mainly because of:

Basic nutrition is a necessity especially for patients with Alzheimer’s disease. Following are some tips that will ensure the provision of adequate nutrition for patients suffering from dementia.

Opting for a healthier lifestyle overall will come to the aid of dementia patients: a healthy diet, adequate physical exercise, and a monitored sleeping schedule are the keys to achieving it.

By meetalycia
Alycia Gordan is a freelance writer who loves to read and write articles on healthcare technology, fitness, and lifestyle. She is a tech junkie and divides her time between travel and writing.
Previous Article 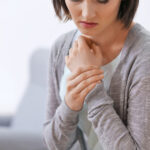 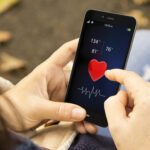 8 Reasons Why mHealth Is Beneficial For Patients Of The Future