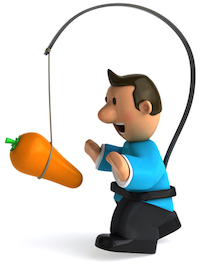 Will Pay-for-Performance Make You a Better Doctor? At an altitude of 30,000 feet, the healthcare reform objectives that link financial incentives to performance shine brightly. There are no protesting voices calling for poor outcomes, more medical errors or higher costs.

At an altitude of 30,000 feet, the healthcare reform objectives that link financial incentives to performance shine brightly. There are no protesting voices calling for poor outcomes, more medical errors or higher costs.

Taking a playbook page from the corporate world, financial incentives and penalties are intended to drive performance improvements in healthcare delivery. But it’s reasonable to wonder how well big business theory—manufacturing thousands of new automobiles, for example—compares to the infinite variables, personal and one-to-one practice of medical arts.

And, while the goals are admirable, physicians, hospitals, medical groups and other healthcare providers question the validity of the standardized tools that are supposed to measure and reflect quality and efficiency.

A definitive report as to success or failure is somewhere down the road—along with how the nation’s Affordable Care Act eventually plays out in the real world. But related indicators show mixed results at best. Pay-for-performance doesn’t seem to make for better doctors or better outcomes.

So… Does “pay or penalty” motivate people?

Author and lecturer Dan Pink has a revealing talk titled The Surprising Truth About What Motivates Us. He observes that “carrot or stick” motivators are not always effective, and that people “are not as endlessly manipulable and predictable as you would think.”

Take ten minutes to watch the delightful animated version of his presentation (link below). It illustrates what many academic studies show about the concept of reward and punishment as motivation tools, and what actually works.

A study at MIT—having to do with human motivation and not about healthcare directly—studied the typical organizational scheme of rewarding top performers and ignoring bottom performers. Findings included:

Academic studies appear to agree that money is not always a motivator, and that there are three factors that lead to better performance and personal satisfaction. Perhaps, not surprisingly, these three factors all resonate with medical professionals:

It remains to be seen how effectively healthcare’s present-day, pay-for-performance system will drive the intended improvements, or make better doctors and outcomes.

Daniel Pink’s RSA presentation concludes, however, that if business models can get past the carrot and stick ideology, and look at the science, society can build better organizations with the promise of building a better world. For more about the surprising truth about what motivates us, watch the animated version here.