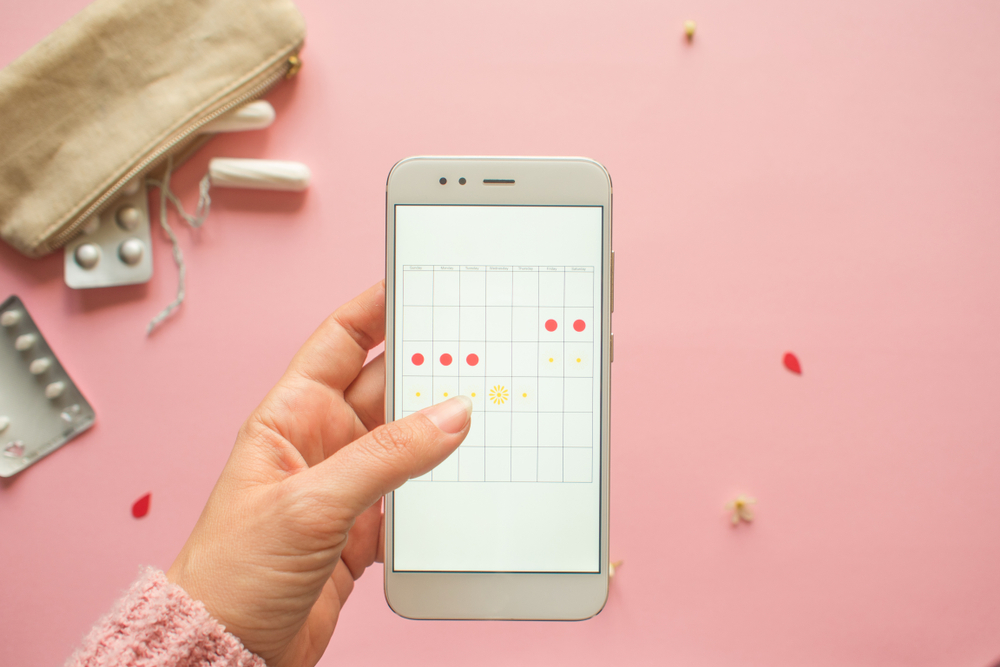 Today, mobile technology is evolving by all leaps and bounds. It is increasingly becoming a pivotal part of various industrial verticals like healthcare, travel, and food. In fact, the mhealth applications market has developed into a dynamic ecosystem today with huge potential for the present and future. A report by Statista says that the global mhealth market will reach an estimated $100 billion by the year 2021. In fact, nearly 93% of doctors around the world today believe that mobile apps can enhance their patient’s health. But here’s a thing. While apps like nutrition, lifestyle, and health tracking have ruled the global market up till now, femtech is another vertical that is gaining relatively more prominence than before. In fact, as per an estimate, femtech is set to become a $50 billion industry by the year 2025. Let’s have a take on why femtech apps are getting increasingly popular.

The popularity of Female Health Tracking Apps: A Take on the Top Benefits

Have a look at some of the benefits that are making femtech apps increasingly more popular.

1. Women Get Control of Their Health

One of the top benefits of femtech apps is the control women get over their health and wellbeing. These apps provide a detailed insight into any medical issues and help women understand their medical conditions better. With the help of femtech apps, women can independently make informed decisions whenever a medical emergency arrives. What is exciting is that femtech apps have been adopted by women from poor countries to a great extent. This is a significant achievement owing to the fact that women living in poor countries are the ones who don’t understand certain medical conditions that well and have a piece of poor knowledge about their well-being.

In countries like India where making healthcare facilities accessible to women is often considered as a topic of taboo, medical service providers have been able to reach out to women in the comfort of their homes through femtech apps. Issues like menstrual health and birth control can now be addressed by healthcare experts right through these apps. This has set up a new benchmark today as medical assistance can now be made available even in the remotest of areas without women having to travel to medical centers.

Over the years, late treatment has been one of the main reasons for the higher mortality rate amongst women. Healthcare experts often fail to treat female patients on time and that results in an untimely death. However, with the help of femtech apps, healthcare experts get an opportunity of not only treating the patient on time but also monitor her health occasionally, eventually eliminating the possibilities of late treatment.

While female health tracking apps continue to rise in popularity, the real question is, what’s in it for investors? Well, with women becoming increasingly more independent about their medical well-being, growth in the market for female health tracking apps is imminent. According to a report by Grand View Research, San Francisco, the women’s health app market size globally is expected to touch a staggering $3.9 billion by the year 2026 at a CAGR of 17.9%. Not just this, the surging popularity of female health tracking apps is evident from the fact that these apps are the fourth most popular apps amongst adults today, and femtech alone has received a funding of more than $800 million in the past 12-14 months. Just goes to show the rising opportunities for developers and companies in femtech app development.

An AI-powered tracker app, Flo is used by women from over 30 countries around the world. It is a period-tracker, ovulation, and fertility calendar app that precisely tracks time, pregnancy, and much more. The app has been integrated with Artificial Intelligence that analyzes the data to ensure the predictions about ovulation are accurate.

An app that provides period monitoring features with high accuracy, Clue has been specially designed to help women avoid unwanted pregnancy. The app uses machine learning to predict periods, PWS, and give an insight into the fertility days. Clue takes the whole menstrual cycle into account to ensure that you stay healthy.

Slightly different when it comes to health tracking apps, Natural Cycles is a contraceptive app that comes with its own thermometer. The app tests the body temperature by one-hundredth of a degree to determine a specific cycle more accurately. The notable thing about the Natural Cycles app is that the more it is used, the better results it shows with the help of algorithms.

Understanding the features in demand is the key to the success of any app, not just femtech. What developers need to focus on is the overall functionality of the app while keeping the user experience too of the line too. So here are a couple of features that are a must-have for female health tracking apps considering the stiff competition in the market today.

1. Instructional Overlays in the App

Keeping the user experience high is one of the key things for any developer today. This can be achieved by making the app as simple as possible to understand. A short tour in the sign-up process, onboarding, or instructional overlays are a good option.

This is one of the most popular and liked features in female health tracking apps today. Take an example of the top apps mentioned earlier. Two out of the top 3 apps, i.e., Clue and Flo, have period trackers that have largely contributed to the success of apps.

Symptoms tracker is another feature that you must consider when focusing on how to develop a women health tracking app. It is a decent pick as it keeps the users informed about their health and potential risks. Modern technologies like Artificial Intelligence can be integrated into apps today to enhance the level of symptom tracking and information that is being passed on to users.

Integrating your app with features like notifications and reminders can be a breakthrough solution in keeping the users engaged with the app. This not only resembles reliability but also helps the users keep a track of their own personal health.

Allowing users to set up a detailed health profile is a good option. This attracts a large number of users as they get a platform where they can store all their medical records and health data in one place. Technology Stack A technology stack is a set of tools and frameworks used to develop and power an application. The majority of top applications today have a well reliable technology stack that is able to cope up with the ever-increasing number of users to a great extent. While every app has a different tech stack, there are some top apps that you can certainly take inspiration from. One such example is the top 3 ranked Natural Cycles app. Here’s the technology stack used for the Natural Cycles app. 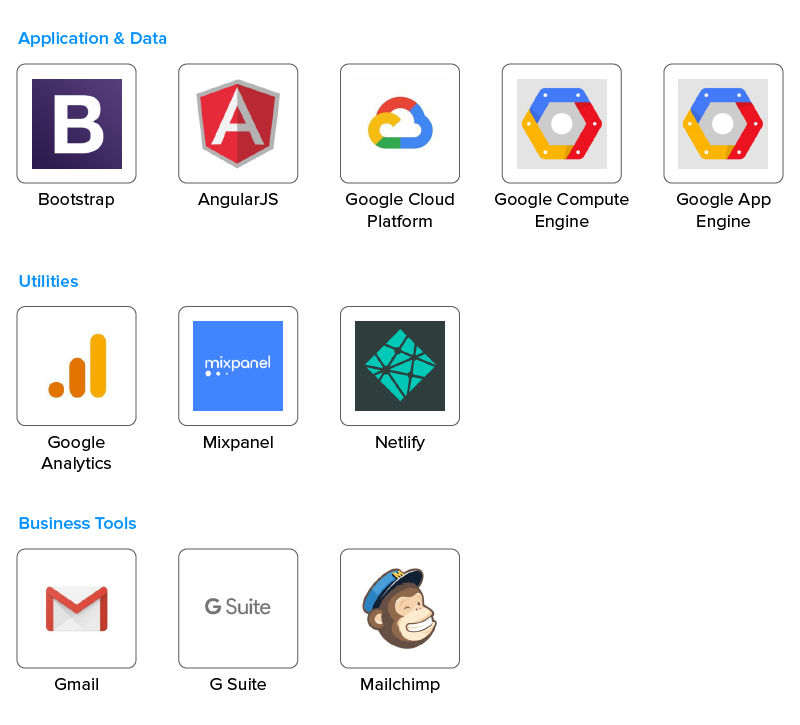 While developing a successful female health tracking app would require considerable investment, knowing how to get the return of that investment is the key for a developer. Monetization helps developers in getting the vital revenue of the app and is being followed by virtually every app today. Here are some ways that you can follow to monetize your app and get the return of the investment you put in.

In-app advertising has always been a go-to pick for many apps in the market today. While the apps are generally accessible free of cost, running in-app ads can help developers get some revenue from it. However, there are many apps that run too many ads which are at times annoying for the users. Hence, the idea should be to create a balance and not overload the app with too many ads as that can lead to a loss in users.

One of the most widely used approaches by developers today, offering in-app purchases for a particular premium service can generate a considerable amount of revenue. Most apps even offer an ad-free version of the app by charging a small sum for the service. Hence, opting for in-app purchases for monetization isn’t a bad option for developers. Now here’s a thing, while this information will make you eager to design a mhealth application on your own, it is not as easy as it seems. There are various challenges associated with the development process, for which you must connect with the right mhealth development company today.

Have a look at the top challenges that developers face when it comes to female health tracking app development.

While a developing female health tracking app seems like a good enough idea, you need healthcare experts and analytics professionals to interpret the data received from millions of women through the app. Take an example of Clue for instance. The app works with the best in class healthcare professionals who have helped the app top the charts. However, if you’re an app developer and want to develop such an app, finding the right healthcare professionals can be your biggest challenge.

2. Design of the App

Design plays a major role in determining the success of an app today. However, in the case of a female health tracking app, the idea should be to keep the design neutral as on most occasions, the users don’t necessarily identify as women. Likewise, privacy should be a top priority for such apps.

Your app should be designed in such a way that it should protect the data of the users. On most occasions, the biggest demand with healthcare apps is the security of health records of the user. Hence, security should be top-notch for the app. If you’re developing an app for the European market then most countries require compliance with the GDPR. Women Healthcare is gaining immense prominence today with multiple awareness campaigns running around the world, and with that, the popularity of the femtech industry is set to surge with pace. Perhaps there are good enough reasons to invest in the development of a female health tracking app as this is a vertical that is constantly expanding and promises to be a potentially ground-breaking market in the days ahead.

Ria Katiyar is a very creative writer and active contributor who love to share informative news or updates on various topics and brings great information to his readers. Her priority is to cover up new technologies and techniques for her audience.