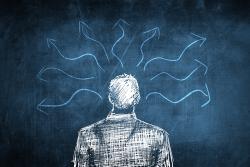 In recent days, the Obama administration, in a bid to appear friendly to business, announced that it will be delaying two key elements of the Affordable Care Act that have caused consternation among employers.

Here is a summary:

In recent days, the Obama administration, in a bid to appear friendly to business, announced that it will be delaying two key elements of the Affordable Care Act that have caused consternation among employers.

Here is a summary:

Many employer groups have reacted positively to the delays, as these provide temporary relief to the many onerous and costly requirements the ACA has placed on employers.

However, it is not entirely clear that the reasons for the delay are entirely business friendly. The Administration is scrambling to prepare for key provisions of the Act and does not appear ready to enforce key reporting requirements. For example, while the reporting delays will allow the Administration to focus on other elements of enacting the legislation, the guidelines on what the business were to report on have not yet been finalized.

Further, delays and modifications continue set a precedent that other parts of the Act should be delayed for economic, readiness, or political issues.

Since the ACA was designed with a series of interdependent provisions and mandates, delaying certain provisions will result in a chain reaction of unintended consequences. As a result, we expect significant confusion and, ultimately, additional delays—including, potentially—delay of the individual mandate.  We are actively talking to solution providers who are automating workflows, reporting and compliance functions across the exchanges and will continue to provide updates.