Originally published on MedCityNews.com. The white knight moment has come for a Texas lawyer who has spent the past two months amassing an “army” of virtual supporters in her quest for access to an experimental cancer drug. Only the turnout isn’t exactly as she had imagined.

Originally published on MedCityNews.com. The white knight moment has come for a Texas lawyer who has spent the past two months amassing an “army” of virtual supporters in her quest for access to an experimental cancer drug. Only the turnout isn’t exactly as she had imagined.

Andrea Sloan, who has gathered nearly 210,000 signatures on a petition to BioMarin Pharmaceutical, posted a video on her Facebook page on Thursday expressing gratitude toward her supporters and an unnamed company who she said stepped in to provide her with access to an experimental cancer drug under “compassionate use.”

Sloan had originally reached out to BioMarin requesting access to BMN673, the company’s not-yet-FDA-approved cancer drug which it said shrunk the tumors of 11 out of 25 ovarian cancer patients by at least 30 percent in a recent Phase 1/2 trial. Her doctors had recommended the drug when her ovarian cancer reappeared after several rounds of chemotherapy, two rounds of radiation and five surgeries.

The FDA allows drug companies to give experimental drugs to patients outside of clinical trials if the patient meets certain requirements, which Sloan said she did. But BioMarin had turned down her request, saying in a letter it was “too early to know if the experimental therapy is safe or effective, or will even prolong life.” That was when the social media war began.

In her video, Sloan said a competing pharmaceutical company developing a drug of the same class, a PARP inhibitor, came to the rescue. She said she was now taking a medication that she was sure would help extend her life. The company providing it likely asked for anonymity to avoid being put under a microscope the same way BioMarin was as a result of the campaign.

In a separate video posted on her Facebook, Sloan tells BioMarin that the fight isn’t over. “I did want to let you know that we’re not dead,” she says. “This has always been about compassionate use reform for everyone.”

Day 3 of my new meds…can feel those cancer cells dying. #Grateful Want this for all. #CompassionateUseReform #BioMarinNeedsPolicy 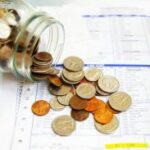 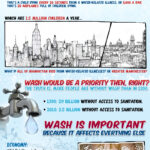