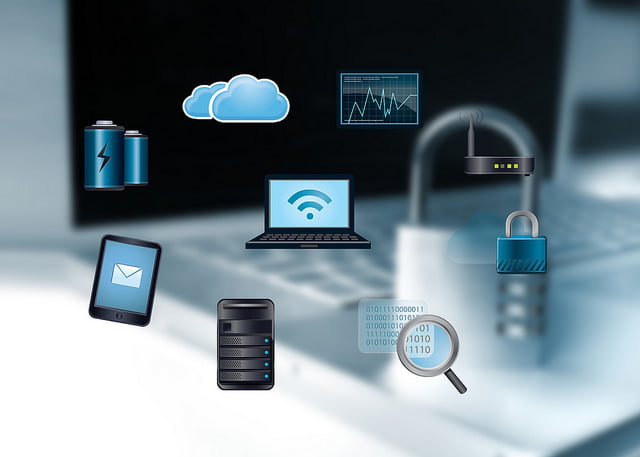 Why Cybersecurity Should Be Healthcare’s Number One Priority

There’s a great deal of excitement surrounding big data and associated technologies, such as AI and wearables, in the healthcare industry. It feels like we’re getting ever closer to a place where new data can do more than help marketers sell us things and provide another layer of convenience. Now, we can use big data and AI to help keep us healthy.

When it comes to radiology — a field that relies on imaging — the Department of Veterans Affairs is using “Store and Forward Telehealth” to speed the transmission of patient images. Devices store up-to-date digital images of patients and transmit them to providers wherever they may be. This enables providers to have updates on patients when they matter most. Machine learning and AI can also help providers speed up radiology processes. On the administrative side, connected tech could help eliminate a minimum 30 percent of costs associated with data management.

Furthermore, big data analytics is saving lives by helping hospitals have the right amount of people on staff at critical times. Real-time alerts from wearables can provide your doctor with immediate insights on your status, and insurance companies can analyze data to determine if you’re at risk of opioid abuse. Researchers are using analytics to fight cancer by analyzing what has and hasn’t worked over a wide variety of cases.

But, like the rest of the cyberworld, there’s an issue plaguing healthcare’s big data usage: cybersecurity. Believe it or not, cybersecurity is the single most important issue for healthcare; here’s why.

If healthcare is increasingly benefiting from and relying on big data, the future of healthcare will incorporate AI and data-centered technologies, such as wearables, more than ever. AI will be useful for analyzing data, making predictions, and even diagnosing patients. But if healthcare data isn’t safe, the whole big data construct is a house of cards.

When it comes to keeping your medical records safe, the healthcare cybersecurity picture is looking rather febrile:

The Anthem breach and the HPMC attack are just a few of the instances in which cybercriminals have exploited weaknesses in healthcare cybersecurity. Around 85 percent of healthcare organizations feel cybersecurity is a big priority, but they’re ill-equipped to handle hackers who specialize in exploiting weaknesses. Hackers are like a cat playing with a mouse —  you never know when they’re going to strike.

Healthcare is in grave danger if it keeps traveling down this path. Cybersecurity experts are going to have to find innovative ways to head off attacks before they happen. One of these solutions may be a technology called blockchain.

Blockchain has a number of uses for healthcare, and one of them may be to improve cybersecurity.

Let’s start with how it works. Blockchain is a peer-to-peer network, it’s a digital ledger on which the responsibility for verifying transactions is distributed throughout the network. In the case of healthcare, a transaction would be an alteration to a patient’s data, or the creation of a new data file. Each block of data is secured by a cryptographic algorithm. The block of patient data would be assigned a hash, which is like a key to unlock the data. Only those who possess the key can access the data and initiate new transactions; this has to be approved by a certain number of users, who verify transactions with a public key.

Sounds complex, but think of it this way: Imagine you take some valuables to the bank and you bring a select group of people with you. Then, you choose an empty vault in the bank which will contain only the valuables you put into it. You put the valuables in the vault and give each person a key. But for anyone to access the vault, the entire group, or at least a certain number of individuals, has to approve that access.

Once someone accesses the vault and views its contents, they essentially create another vault — a block — which has exact replicas of the valuables from the original vault, plus whatever new valuables the person puts in the new vault. This way everyone in the network can see every new vault that’s created in the chain, and no one can access any of the vaults without there being a permanent record of that access.

Does that make sense? In the case of healthcare, you would have a select network of people — relatives, providers — to whom you would grant access to your data. For anyone to do anything with that data, you could specify that you have to authorize access. Or, you could specify that you and other trusted individuals must authorize access. The proper healthcare blockchain would give you and only you the right to specify the conditions under which someone can access your data.

Blockchain is a promising technology for healthcare. If we’re going to continue using big data in healthcare — there’s no doubt patient data will figure prominently as the future unfolds — we’re going to have to use advanced cryptography and a foolproof system like blockchain to ensure security.